Offline
There are some sick people out there.

DAYTON, Ohio (AP) -- A mother was arrested on suspicion of murdering her newborn daughter by microwaving the baby in an oven.
China Arnold, 26, was jailed Monday on a charge of aggravated murder, more than a year after she brought her dead month-old baby to a hospital. Bail was set Tuesday at $1 million.
"We have reason to believe, and we have some forensic evidence that is consistent with our belief, that a microwave oven was used in this death," said Ken Betz, director of the Montgomery County coroner's office.
He said the evidence included high-heat internal injuries and the absence of external burn marks on the baby, Paris Talley.

Offline
I read that earlier. I believe, that if found guilty, she should be microwaved on Pay Per View.

Offline
I'll pay for that, and while whatching, I'll enjoy a frosty mug o root beer.

TPS said:
I read that earlier. I believe, that if found guilty, she should be microwaved on Pay Per View.

I think they should microwave her just to thaw her out and then proceed to dip her into a Turket Fryer for a nice crisp.

Offline
Why not use one of those new convection microwaves? Crispy on the outside, tender n juicy on the inside.

Offline
This is disgusting.

Offline
I would definately pay for to see that. I think all executions should be televised. I also think we need to go back a few years instead of using lethal injection. We should execute in the same manner as the victim was. Pay per View and popcorn anyone?

Offline
It is absolutely sick to think that someone would do something like this...just sick. 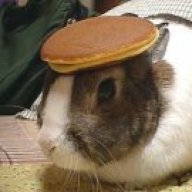 Offline
Seriously, sterilization at birth for everyone. You can get your organs surgically re-implanted when and if you pass a competency test and a sanity test.

Whether or not the mother gets microwaved now, I am certain that where she is eventually going, it will be quite hot.

Offline
Somebody killed a baby's microwave?

Offline
So what race was the mother? Yes, I'm too lazy to click.
OP
OP

Offline
Here is a picture of the world's greatest mom:

Offline
Some of the sickest most demented people, are the most-fertile.
This woman is obviously crazy. She and Yates both.

Ric Romero said:
So what race was the mother? Yes, I'm too lazy to click.
Click to expand...


So true.
It's sad how if I beat up a pregnant and the baby dies, I go to jail for murder. Yet, if that same mother chose to abort that baby. It's legal. WTH????????????
Sad isn't it. And if you are reading this, hug your Mom for respecting life.
Click to expand...