Online
Pretty cool to find this out...

I look forward to the day New Orleans leads the pack in most Super Bowls in a 10 yr. period. We have work to do... but <s>if</s> when we win 4 of the next five, that distinction will be ours!

BTW: Where did that "Who Dey" come from (in Cincinnati)? 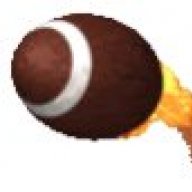 ndcc said:
BTW: Where did that "Who Dey" come from (in Cincinnati)?

more than you ever wanted to know about who dat

Meanwhile, in about 1981 Cincinnati Bengals fans and players had started with their similar "Who Dey" cheer ("Who Dey think gonna beat them Bengals").<sup id="cite_ref-10" class="reference">[10]</sup> In a 2006 article, Toni Monkovic, a New York Times writer, speculated that the 1981 popularity of the Bengals&#8217; "Who Dey" may have led Saints fans to expand their use of "Who Dat", from the "small number, and possibly a very small number" of Saints fans using it in the late 1970s to the much wider use of the chant in 1983. She noted that the fan bases of the two teams continue to disagree about this, and that ultimately the evidence is unclear.
Click to expand...

Muncie said:
more than you ever wanted to know about who dat
Click to expand...


At least we still have Cha-Ching!

Offline
It isn't even close either. A few tenths of a percent separate each team going 2-10 but NOLA has 5% more than the 2nd place city. 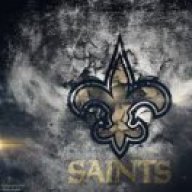 Offline
How about Shreveport-Bossier with 34.48 per 10mil to N.O.'s 26.8 per 10 mil all time. I knew S'port would be up there but no idea it would be that high. Looking at the spread sheet it appears Shreveport is second to Lawton, Ok at the top the list of the top 364 metro areas.