Offline
I'd have to agree with that.

Offline
And why shouldn't he? Yesterday was brutal. Don't really see a bad knock there. Should have been meaner

Offline
Yes the defense has been giving up to many big plays of late. 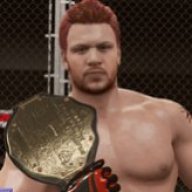 Offline
Nothing wrong with his comments. It needs to be said. I think he's being very kind ranking us at #8 also. We've lost 3 of the last 4, two of them to teams with losing records. We are not a top ten team right now!

Offline
Actually, I thought he was soft and kind. Right now this team is killing itself, he is not losing to better opponents. They should find a way to turn this around, and more important, they really need to find their confidence back.

Offline
What was so negative? Saying Brees is leading the league still after a "video game" type numbers game(510 passing. Went over 3000 yds with 6 gms remaining,WOW) Listed us at #8 ahead of Carolina. Not bad if you ask me..

Offline
Didn't he have us at 9 last week? I think we actually jumped a spot, undoubtly due to other teams losing.

Offline
go ahead & pencil me into the "what the heck was this thread about" camp...:interrogations:

Offline
He's right--our D is living down to preseason expectations. Instead of gelling, they're deteriorating, especially in the secondary. I suspect that this partly has to do with playing better competition from the AFC and partly with injuries to Harper and Ninkovich. But we all knew going into the season that we were thin at corner and not great a linbacker (even with the improvements there). When you play the big dogs, they're going to exploit those weaknesses. Trouble is this puts pressure on the O, which has not been able to respond due to the turnovers. I just hope those turnovers haven't gotten into their heads and that they can reverse the trend against Atlanta.
Show hidden low quality content