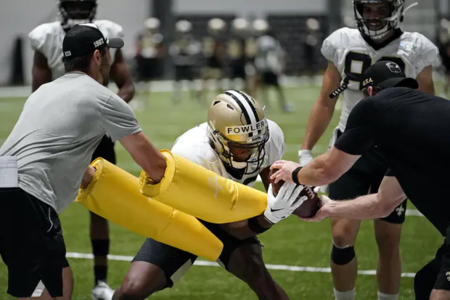 The New Orleans Saints have promoted WR Bennie Fowler and DL Margus Hunt from their practice squad to active roster before tomorrow's season opener against the Tampa Bay Buccaneers. New NFL rules for this season allow teams to carry an additional two players on a game day roster from their practice squad, but they must return those players to the practice squad the next day. Teams are permitted to do this this twice during the season per player.

The 29-year old Fowler has been in the league for six seasons, the last two with the New York Giants, before signing with New Orleans this summer. He has 95 career receptions for 1,090 yards and six touchdowns. A former teammate of Saints WR Emmanuel Sanders with the Denver Broncos, both contributed to a Denver team that won Super Bowl 50 during the 2015 season. At 6’1” 212-Lbs., Fowler is a physical wideout with good speed that can play both outside and in the slot as well as special teams. ...