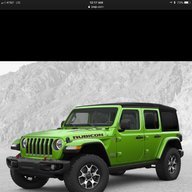 Offline
I cannot stop wondering if Reggie would be better used as a wide out for most of the game. Steve Smith proves what a great receiver can do for your team.I imagine Brees connecting with bush behind the linebackers and bush running and juking to glory. Not to mention his speed spreading the field out even more. With our passing game in high gear like it has been recently I just wonder how much more yards Duece may have when the other team is constantly having to pull guys out of the box because of Reggie.

Do not get me wrong, I think reggie will be a really good running back but with his speed, why not WR?

Offline
He already lines up at WR a lot during games.

Offline
i started thinking this the past few weeks his rushing totals have been down.

now that hes learning to run up the middle, and seeing him do that last game I think I want him to start at RB. he showed flashes of brilliance last week rushing the ball.

Offline
I keep wondering myself why they have not tried to throw deep to him. Does anybody know why they would not try some deeper routes with him? Shoot, at USC he used to run deep routes all the time and scored alot doing that. Whoever is covering him on the opposing defense cannot cover him. He would have been the number 1 reciever drafted if he played that position. I don't see the mismatches that everybody talks about when they talk about using Bush in the passing game. Supposedly, he is suppose to get matched up on a linebacker or safety and burn thier butt. The problem is, I don't see him matched up on these people. Is that because defenses are doing a great job with who they put on him? He can run deep routes as good as any reciever. I do not know why they don't use him that way every once in awhile.

Offline
That's kinda limited thinking. Reggie does so much for the team in the backfield, motioning from or to the backfield, pass blocking etc etc etc. Moving him to a single position would limit his effectiveness all a complete football player, and it would leave Brees exposed to DB blitzes.

Bush will help the team more from the RB position and he has the added threat of becoming a WR when the play calls for it.

Wingdog said:
He already lines up at WR a lot during games.
Click to expand...

true, but the passes to him are always on the near side of the LBers, not the far side

st.randy said:
That's kinda limited thinking. Reggie does so much for the team in the backfield, motioning from or to the backfield, pass blocking etc etc etc. Moving him to a single position would limit his effectiveness all a complete football player, and it would leave Brees exposed to DB blitzes.

Bush will help the team more from the RB position and he has the added threat of becoming a WR when the play calls for it.
Click to expand...

Exactly... however I do think after another year or two with a few drafts and offseasons. I think that we may see RB going to more of a Steve Smith type role while still playing some running back. I think keeping a player like Reggie in your backfield helps the Oline and receivers look better.

Offline
Right now he would make a better receiver than a running back...because that transition from college to pro is easier at that position

Running back is a different animal in the NFL

Give him time he can do everything

Offline
I think Reggie has finally figured out how to run the ball up the middle.

Offline
I think he would be better used as a flanker lined up off the Tackle or TE. The defense would have to worry more about him in that spot than with him lined up outside.

Basically, I 'd like to see them take bush out of the RB position until he gets some time adjusting to the NFL and accustomed to the speed of the players.

guidry23 said:
Right now he would make a better receiver than a running back...because that transition from college to pro is easier at that position...
Click to expand...

I think most NFL experts would say that's it's a much easier transition from college to pro for RBs than WRs.

Offline
Just imagine if the bomb that Drew threw to Stecker would've been Reggie instead?!?!?!?!?!?

Online
making him a wide reciever wont work, first off because HE WOULDNT DO IT!!!! secondly you wouldnt get that much of an affect out of him by making him one thing, and making him play a position he has never played (always been a runningback) is just stupid, he is a good runningback and is getting better at running up the field....and I think you have a better advantage with a runningback who can do what reggie does then just having a wide reciever.

Offline
I think that a lot of people are overlooking the fact that the coaches use reggie to effect the defenses front seven. If you take him away from a backfield role, he will be playing a completely different game vs a defenses back four. Sounds nice. But it is a huge transition, and it will open Brees up as a huge target. The o line hasn't been keeping Brees clean on thier own merit.

Also, in the passing game, the offense creates mismatches for reggie by motioning him into a WR from the backfield. This happens when you force a defense to change from a traditional run defense to a spread 3 wide. That wont happen anymore after reggie changes position. I do think the team is using reggie as well as they can, and I think that is why you see so many receivers gettin so open. Brees isn't getting a lot of pressure, and you see guys like Stecker wide open 30 yards down field. Changing what the team does would effect all of that.

Lee Newell said:
Just imagine if the bomb that Drew threw to Stecker would've been Reggie instead?!?!?!?!?!?
Click to expand...

Good point, but you ever wonder why defenses don't leave reggie alone like that downfield??? He does run those routes ya know.

Offline
IMO I am not saying make him a reciever but did yall see the routes this guy ran in college? He was a runningback but he runs routes like a wideout. He ran outs, crossing patterns and the post. What I would like to see is him running some of the deeper routes which he is more than capable of doing and is very successfull doing. Maybe they are and I just don't see it. I know I have not seen a deep pass to him.
Show hidden low quality content

This should make us all feel a little better...

Will the penalties be better for the Saints now?