Devaroe Lawrence built ‘lifetime’ bond with Saints players, but there’s ‘nothing friendly’ about his return (1 Viewer) 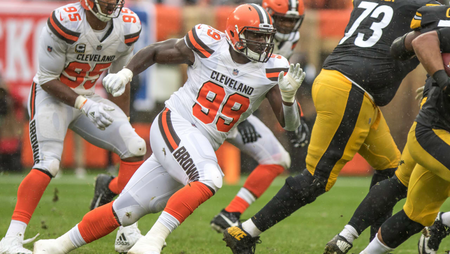 Devaroe Lawrence found out on cut day he’d no longer be a member of the New Orleans Saints.

Within minutes, his phone didn’t stop buzzing. Text after text poured in from his former teammates, ecstatic for a player who’s dealt with adversity in all shapes and sizes throughout his journey to the NFL.

Lawrence’s story, dating well beyond this particular day, isn’t a typical one in any way, shape or form.

Lawrence wasn’t released by the Saints. Instead, he was traded, shipped off to the Browns in exchange for a seventh-round pick. Two weeks later, at the age of 25, Lawrence made his NFL debut, logging two snaps in the Browns’ 21-21 tie with the Steelers. ...