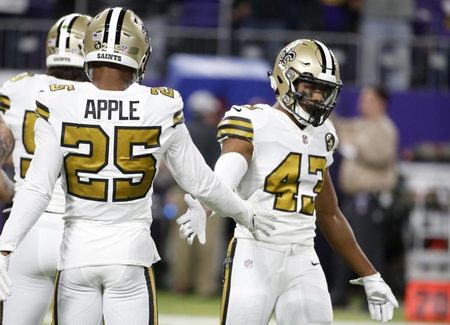 Marcus Williams walked out of the visitors' locker room at U.S. Bank Stadium on Sunday clutching a football.

It was the game ball, presented to him after the Saints' 30-20 victory over the Minnesota Vikings.

It was Williams' return to the place where his missed tackle on a Stefon Diggs catch ended New Orleans' season last year in the playoffs. But for Williams, this game wasn't about redemption.

This game was about his grandfather, Richard Glennon Boyd, who died of cancer on Tuesday. Boyd was 79.

"I know he's proud," Williams said. "He told me he was proud of me before he left and I know he's still looking down on me and watching over my shoulder."

Williams finished the game with five tackles and a pass break up.

"I just lost two people to cancer in a matter of two years, so that's a big thing for me," Williams said. "It is very emotional for me, not because of last year, but because of them." ...