Offline
8 games played, 8 to go. We are currently 6-2 and in very good shape for the playoffs and possibly even home field advantage throughout playoffs.

Let's take a look at the remaining schedule:

11/12 at Pittsburgh - Unfortunately, I think we will lose this game. Pittsburgh has a bad record but we all know that they have a ton of talent on both sides of the field and they have a lot of pride and will probably be jacked up after that loss last week. We're coming off a solid win but still it's always tough to play in Pittsburgh. L - Saints 6-3

11/19 Cincinnati - I expect a close game that we will eventually win at the end. Playing at home is huge for us and Cincinnati played well against the Ravens but we should be able to beat this team. W - Saints 7-3

11/26 at Atlanta - I think we will go up 2-0 for the season against Atlanta. We owned them at home and homefield advantage isn't really that big for Atlanta (they had a ton of Steelers fans at the Georgia Dome when Pittsburgh played them. My only concern is that Vick has been a solid passer the last few games. W - Saints 8-3

12/03 San Francisco - This should be a good win for us. San Francisco has weapons but they're not scaring anyone. Plus we're playing at home. Let's just hope that the team doesn't underestimate the 9ers too much though. Reggie might have a huge game. W - Saints 9-3

12/10 at Dallas - Dallas is an up and down team, you never know how well they'll play. I think we'll lose this game because Dallas has some very good receivers and their defense has played well. L - Saints 9-4

12/17 Washington - Playing at home and Washington hasn't been that impressive this year although they may be turning things around. But we are a better team than them and should win. W - Saints 10-4

12/24 at N.Y. Giants - Saints will be out for revenge after that "home" game last season, but I expect the Giants to defeat us. It's tough playing on the road in cold weather, something the Saints are not really used to. L - Saints 10-5

12/31 Carolina - We'll get our revenge and the home crowd will be going nuts with the final game of the regular season. Well, that is if the game has implications for the playoffs. If we're already in the playoffs and can't get homefield advantage, then we'll probably just play the backups and let the starters get some rest for the playoff game. W - Saints 11-5

So we'll end up 10-6 or 11-5 depending on what the situation is headed into the Carolina game. While not good enough for home field advantage, we will be in the playoffs, sometihng that very few people in America expected from the Saints.

Offline
But seriously, getting one of the top two spots would be great. I don't have the stats in front of me but I seem to remember that of the two teams that finish top spots and get a bye week, one of them makes the big game something like 83% of the time? It will be very tough to get that 1st or 2nd spot IMHO, but the way this team is playing they can beat anyone when they are on their game.
Last edited: Nov 6, 2006

Offline
It doesn't look like homefield throughout the playoffs is so out of reach anymore. Not only did Chicago lose, but they have to go on the road for 3 straight tough games (the Giants, Patriots, Jets). On top of that they are starting to get some key injuries. They already lost their safety for the season and it looks like Urlacher and Berrian may be out for a little while. It is very possible they could lose a couple if not all of those games.

I don't like to look ahead but it is very possibe that homefield advantage may come down to our game with the Giants.

Offline
so we beat Cinci but not pitt?

beat atlanta but not dallas? 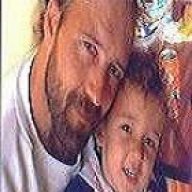 Offline
home field advantage could be ours. i see us finnishing better then chicago

I don't think that we're going 0-8 in the second half of the season. It's all lagniappe at this point as the Payton honeymoon period gets an extension. Barring any crucial injuries, I can see us around 11-5 with possible division implications with the Panthers in Week #17 (assuming they can make a strong, second half run). If so, then Week #17 might actually be worth something to someone.

We're obviously in position to make a run for wildcard weekend (with a shot at taking the division). Atlanta, at 5-3, is the only non-division leader with a winning record in the NFC right now. They're 1.5 games back (technically) with a game still to play against us. Assuming the Giants and Bears win their respective divisions, here are the teams we're battling with in the wildcard race:

Without getting deep into common opposition, let's look at the rest:

Philly 4-4 (3 games back due to Saints victory)
We beat them head-to-head and own the two team tiebreaker with them. They are 3-3 in the NFC

Carolina 4-4 (2 games back)
We lost to them but still have a game to play against them where we could even the score. They are 2-1 in the division and still have to play all 3 teams again, while we're 3-1 and only have to play the Falcons and Panthers.

If nothing else, we're in position for a run to the playoffs. We still control our own destiny (by at least 2 games over every opponent besides the Falcons and Panthers) as far as the division goes. Along with the Giants, we also control our own destiny as far as getting a bye week (by virtue of the fact we still have to play one another - assumes tied record and each division winners).

We've certainly got something to build on.

What's the next weird thing to happen this season?
2 3

How many INT's will Jameis Winston throw this season?

This Isn’t College. One Loss Does Not End The Season
2