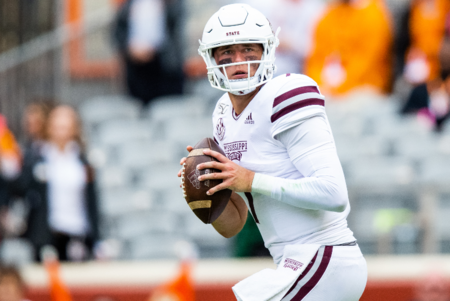 While a seventh-round pick in the 2020 NFL Draft may seem insignificant, the
story of how Tommy Stevens landed with the Saints is anything but.

The New Orleans Saints already have a newly paid Taysom Hill on their roster, but that did not stop them from hoarding versatile offensive chess pieces. After Penn State transfer turn Mississippi State quarterback Tommy Stevens claimed that Hill paved his future in the NFL, the Saints went out of their way to monopolize such a weapon by trading back into the 2020 NFL Draft to select him in the seventh round.

There is, however, more to the story than the Saints just grabbing Stevens in order to bring him in New Orleans, as the division rival Carolina Panthers were also interested in his services. According to The Athletic’s Jeff Duncan, the Panthers had a deal in place to bring Stevens to Carolina should he become an undrafted free agent.