Admin
Just like Buddy D, trying to bring
you the latest Saints news.

New Orleans Saints look to evaluate talent at every position, including punter 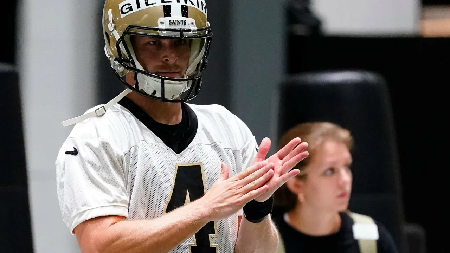 The New Orleans Saints take the field for Day 1 of Training Camp presented by SeatGeek at
the Ochsner Sports Performance Center.

The battle for the punting job on an NFL team never is going to garner similar attention to the battle for quarterback. The New Orleans Saints might not even have one: The team liked Blake Gillikin enough last year to keep him on injured reserve while Thomas Morstead completed his 12th season with the franchise.

But there's another punter, Nolan Cooney, in the mix. Gillikin handled punting duties on the first day of training camp in the Saints' indoor practice facility, and Cooney punted Friday when the team worked on the outdoor fields.

Coach Sean Payton said that there's a reason that the Saints have two punters in camp.

"Part of it is being smart with the legs, but you're looking at young talent," Payton said. "It's not that you just have two punters, you found a second one that you think has got ability. You watch (Cooney on Friday) and it was a little boom or bust when he was kicking, but when it was boom, it was pretty good.

Cadre of leaders set the tone for New Orleans Saints 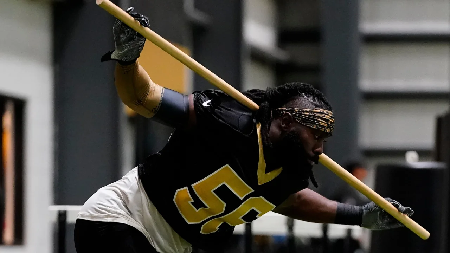 For 15 years the predominant face of the New Orleans Saints was steely-eyed and laser-focused, so routine-oriented that it bordered on obsession and so optimistic that it warmly was labeled "annoying."

Now, entering the 2021 training camp presented by SeatGeek, one of the faces of the Saints wears locs and a grill, inhaled Airheads at such a rate that the candy created a flavor for him, and wore red and green cleats on Christmas Day that earned him a fine after a record-tying performance.

Another face is a spirit-filled family man who gives goosebump-inducing pregame speeches while wearing a "Man of God" headband, then crushes opponents on the field with a ferocity that is downright frightening, then stands against social injustices off it.

Still, another is a rapper whose words fill the locker room on weekdays and the Caesars Superdome on gamedays, who often handles defensive ends as a bouncer would a tipsy patron, and aims to build schools when his playing career ends.

And another has made no secret that he wants his career to begin and end in New Orleans, has rooted his family in the city, and has been a towering presence for his community work while crafting one of the best careers as a defensive player in franchise history. 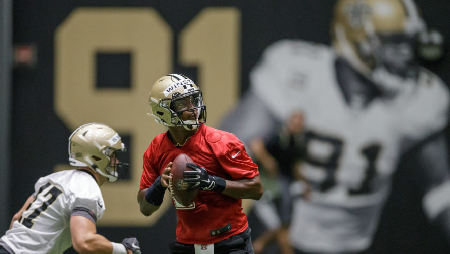 Standout players, observations and notes from the first open practice of training camp.

Attendance: Cornerback Grant Haley was the only player not spotted. Some of the other injured players, like Derrick Kelly, P.J. Williams and Wil Lutz worked out off to the side.

Overview: The Saints spent a lot of time working on running plays and operated primarily out of base looks throughout the day. The session lasted approximately 150 minutes and took place inside the indoor training facility. There was one team period where the top two quarterbacks got five or six dropbacks to close the session. The offense appeared to be in rhythm and was probably a little bit ahead of the defense on the first day.

New Orleans followed a similar schedule last year on the first day, focusing primarily on running plays with just one period of the full offense on display. The only difference this year is that the team didn’t do any one-on-one periods, which is a change from other training camps. 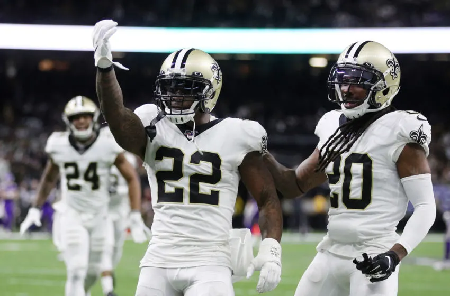 The New Orleans Saints have a lot of things to look forward to this season, and watching their safeties dominate the backfield is one of them. The Saints have enjoyed becoming one of the top pass and run defenses in the past years and finished the 2020 season allowing the fifth-fewest passing yards and the second-fewest rushing touchdowns.

The men behind the Saints’ backfield success are versatile, multi-pronged pieces of the secondary. All-purpose and all toughness, these guys possess the combined strengths of a linebacker and a ballhawk, a blitzer and a robber. They’re not too shabby at safety, either. 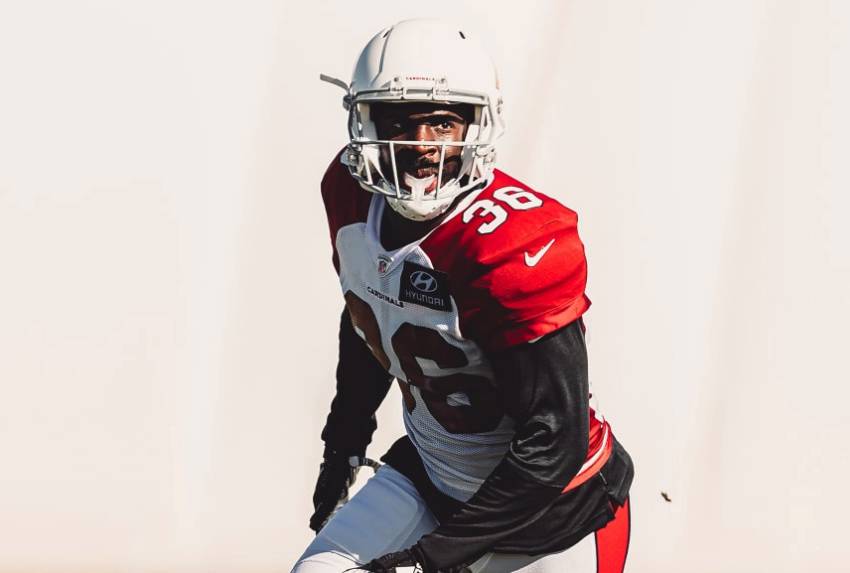 Adding to their cornerback stable, the Saints have decided to sign Prince Amukamara and KeiVarae Russell according to multiple reports.

The 32-year old Amukamara was one of the five reported tryouts on Saturday.

The former Giants first round pick spent time last season with the Raiders and Cardinals but did not play in a regular season game. He previously spent five years in New York before a season in Jacksonville and three more with Chicago. 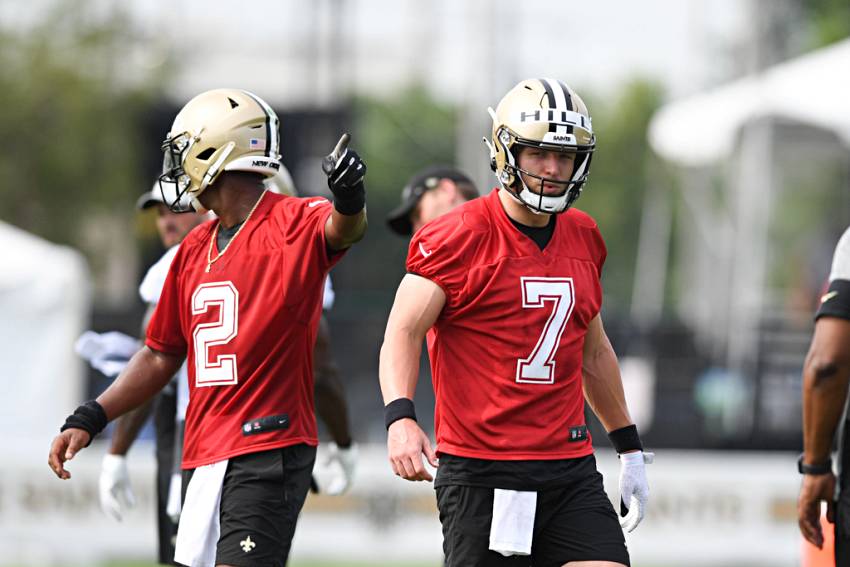 METAIRIE – Sean Payton’s biggest decision this preseason will be his choice of a starting quarterback.

He has not made such a preseason decision since becoming an NFL head coach when the New Orleans Saints hired him during the 2006 off-season.

The Saints signed Drew Brees to be their quarterback shortly afterward.

And that was that.

Brees retired in March after a 16-year run as the Saints starting quarterback during which he became the most prolific passer in NFL history.

Neither Jameis Winston nor Taysom Hill is expected to be Brees, who has the highest career completion...
Continue reading... 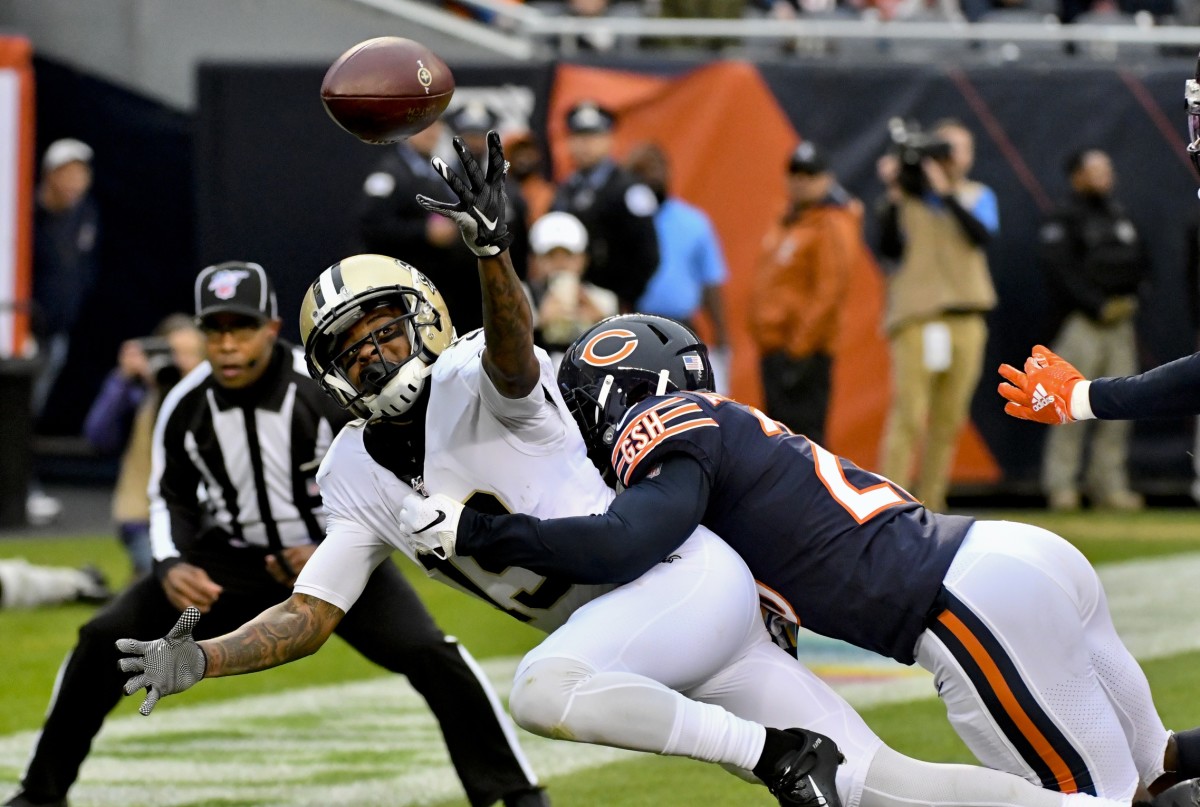 Although the Saints aren't practicing on Sunday, they stay busy with a couple of roster moves. According to ESPN's Dan Graziano, New Orleans is planning to signed cornerbacks Prince Amukamara and KeiVarae Russell, pending their physicals.

Amukamara was one of the five reported tryouts on Saturday, with the team adding running back Devonta Freeman. Having just turned 32, Amukamara spent time with the Raiders and Cardinals, but never saw any game action.

As for Russell, he was originally a third round pick of the Chiefs in 2016, but didn't make the team in final cuts. He was with the...
Continue reading... 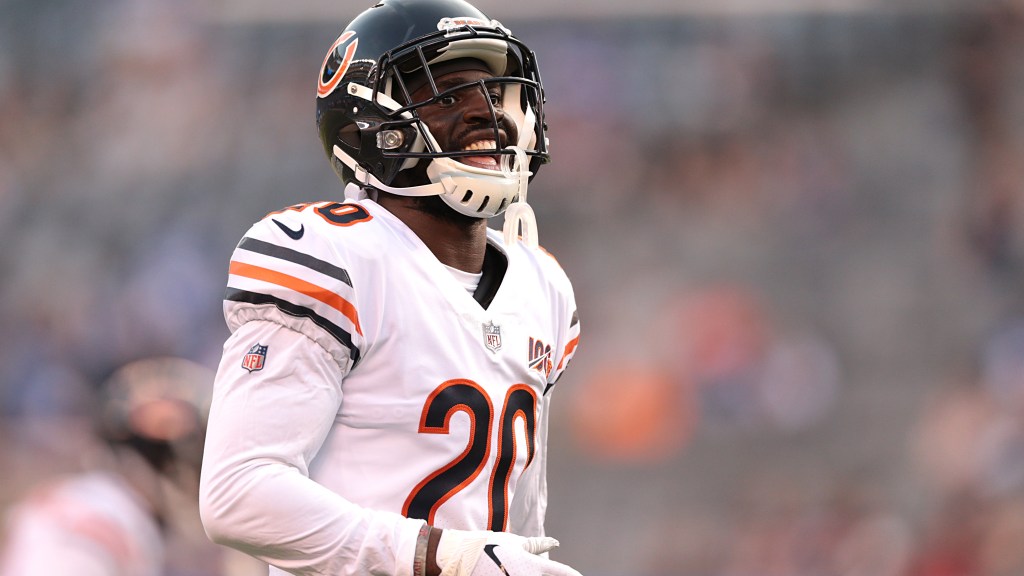 There’s the additions to the secondary fans have been calling for. The New Orleans Saints hosted a group of free agent cornerbacks for workouts on Sunday, and ESPN’s Dan Graziano reports two of them expect to be signed, if their physicals check out: Prince Amukamara and KeiVarae Russell.

Amukamara, 32, has started 99 of the 113 regular season games he’s played in the NFL. He joined the Las Vegas Raiders for training camp last summer but didn’t make it through roster cuts, instead landing on the Arizona Cardinals practice squad for most of the 2020 season. The bulk of his career has been...
Continue reading... 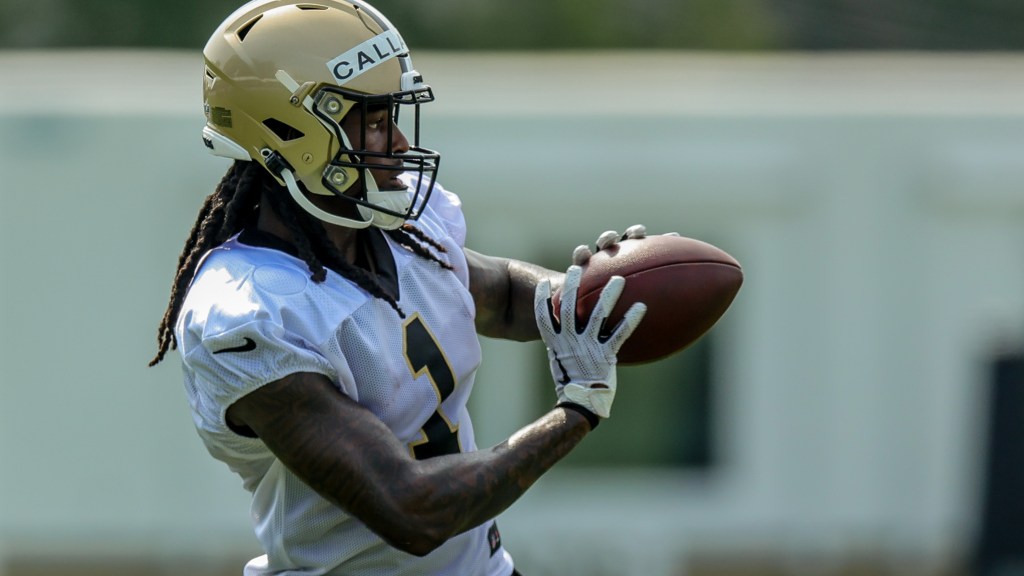 The first week of New Orleans Saints training camp is in the books, and the team has been busy. They’ve brought in multiple free agents, and a few returning players have changed jersey numbers. So it’s a good time to update our 90-man roster, organized by jersey number.

Everyone has been assigned a number except for recently-signed running back Devonta Freeman, whose previous NFL choices (Nos. 24 and 31) are already claimed. Maybe he’ll go with the available No. 8 jersey he wore at Florida State, if the Saints allow him to dust off Archie Manning’s old number. The full list:
Continue reading... 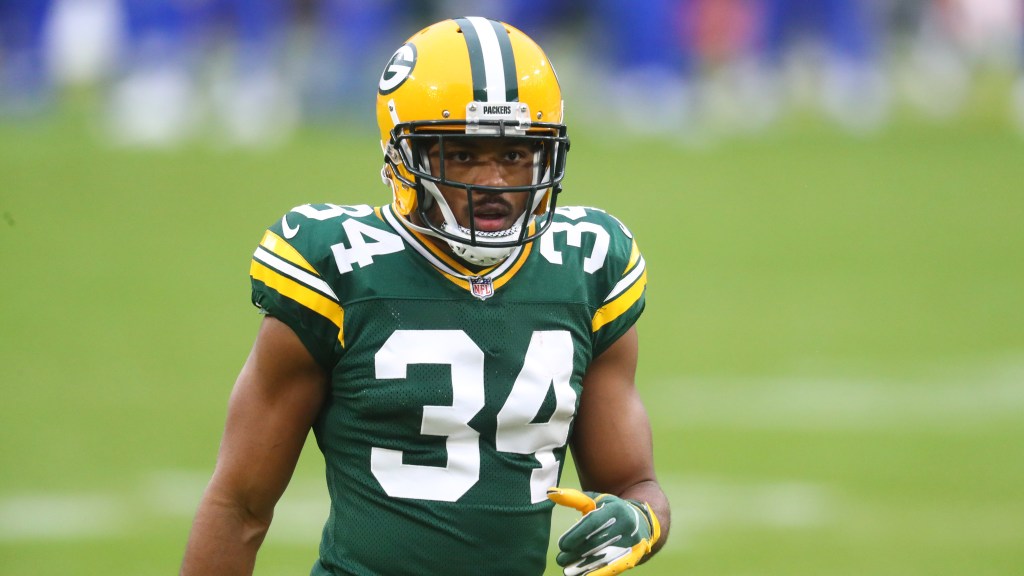 Don’t say the New Orleans Saints aren’t ignoring their biggest need. They just aren’t going after the biggest fish in the pond. ESPN’s Dan Graziano reported Sunday that the Saints plan to work out several free agent cornerbacks, including former Cincinnati Bengals third-round draft pick KeiVarae Russell. But Russell has played more snaps on special teams (214) than on defense (184) in his four-year career, including three games with the Green Bay Packers in 2020. So he’s probably seen as a candidate to replace Justin Hardee Sr. as the team’s top corner in the kicking game rather than a...
Continue reading... 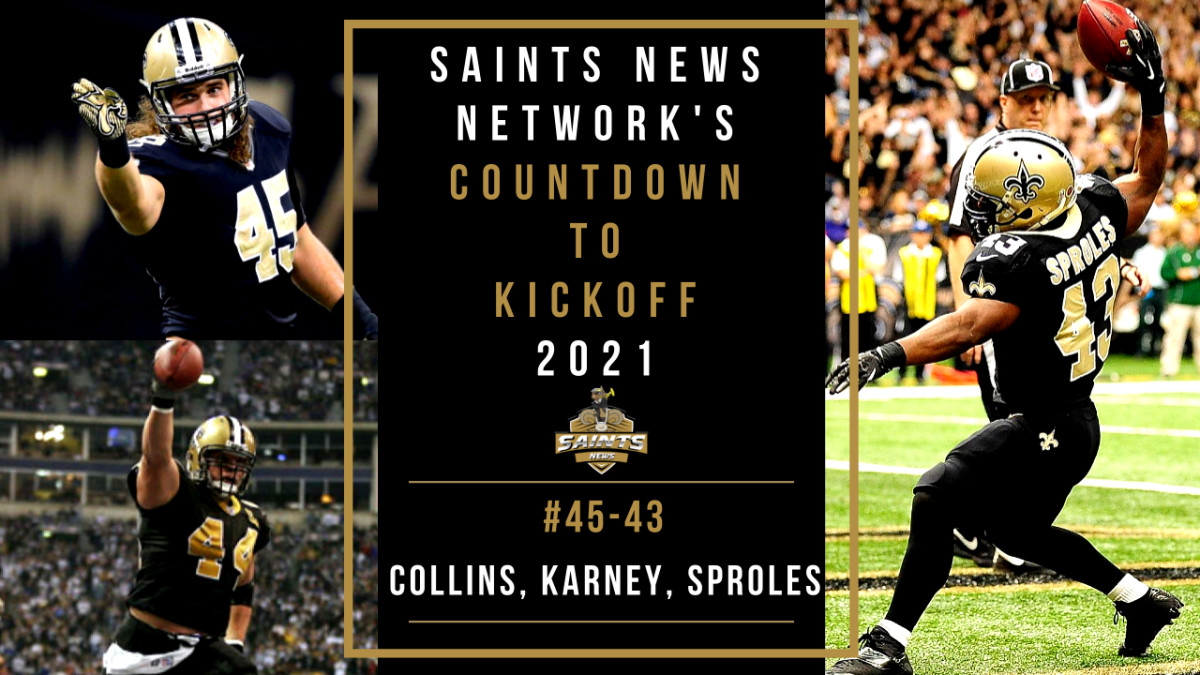 Jed Collins was a record-setting Tight End at Washington State before going un-drafted in 2008. Throughout the first three years of his NFL career, Collins bounced around being in camp or on a practice squad for seven different NFL franchises. After spending the entire 2010 season on the Saints practice squad, Collins became the Saints starting FB in 2011.

In his first year...
Continue reading... 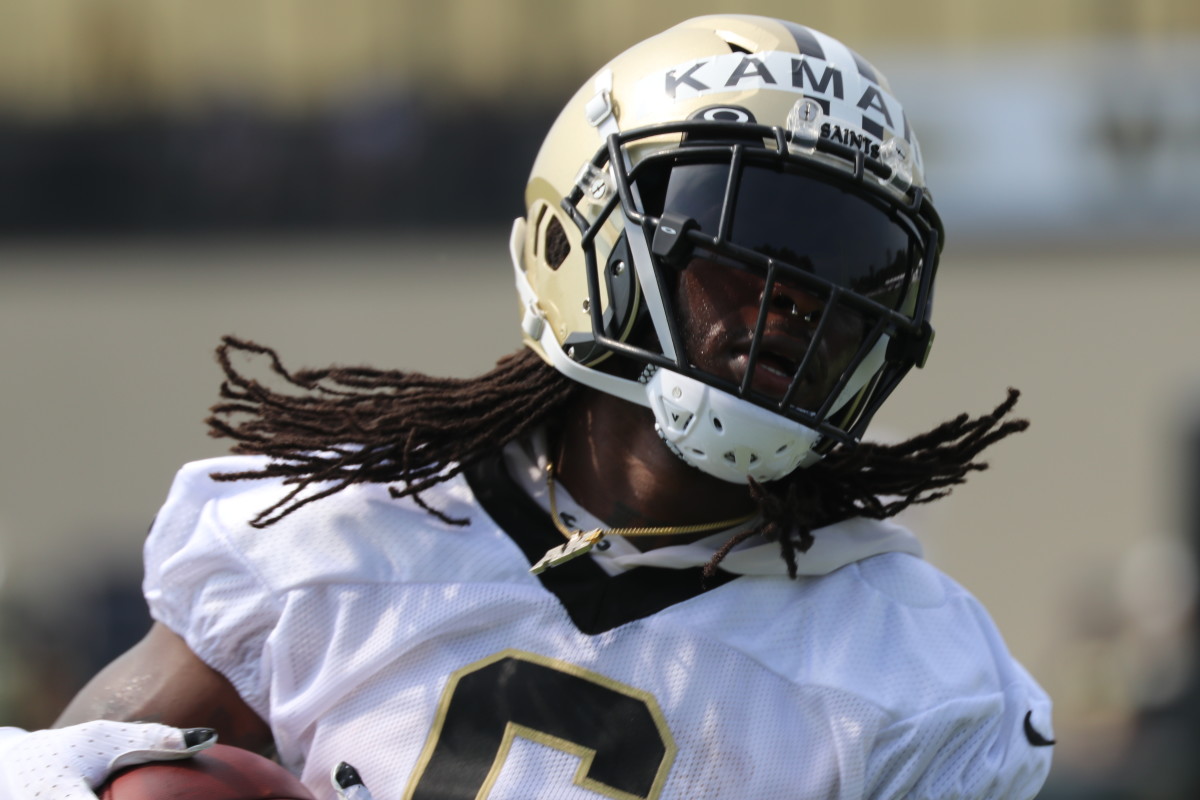 With 'horse legs,' Saints DE Carl Granderson beefs up — and looks to be a more complete player 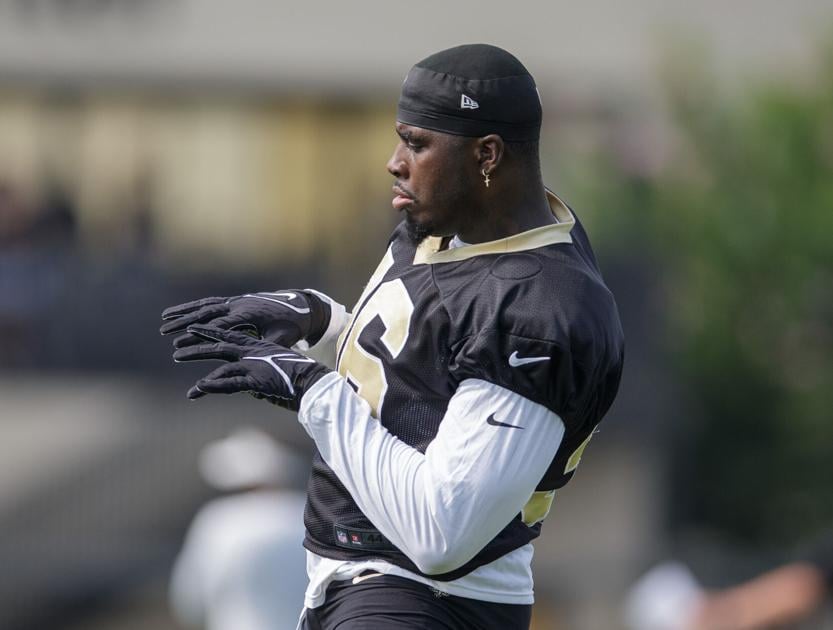 Because the New Orleans Saints defensive end, yet again, is coming into training camp at a higher weight than the preceding season.

Granderson said Saturday he's checking in at 277 pounds, which is seven pounds more than he played at last season and 34 pounds more than when first walked into the Saints' facility as a rookie in 2019.

Ahead of the 2020 season, the former Wyoming standout likened himself to the swift antelope because he still felt fast despite being bigger. But this go-round, Granderson compared...
Continue reading...

Saints hoping Chris Hogan can channel his 2016 self 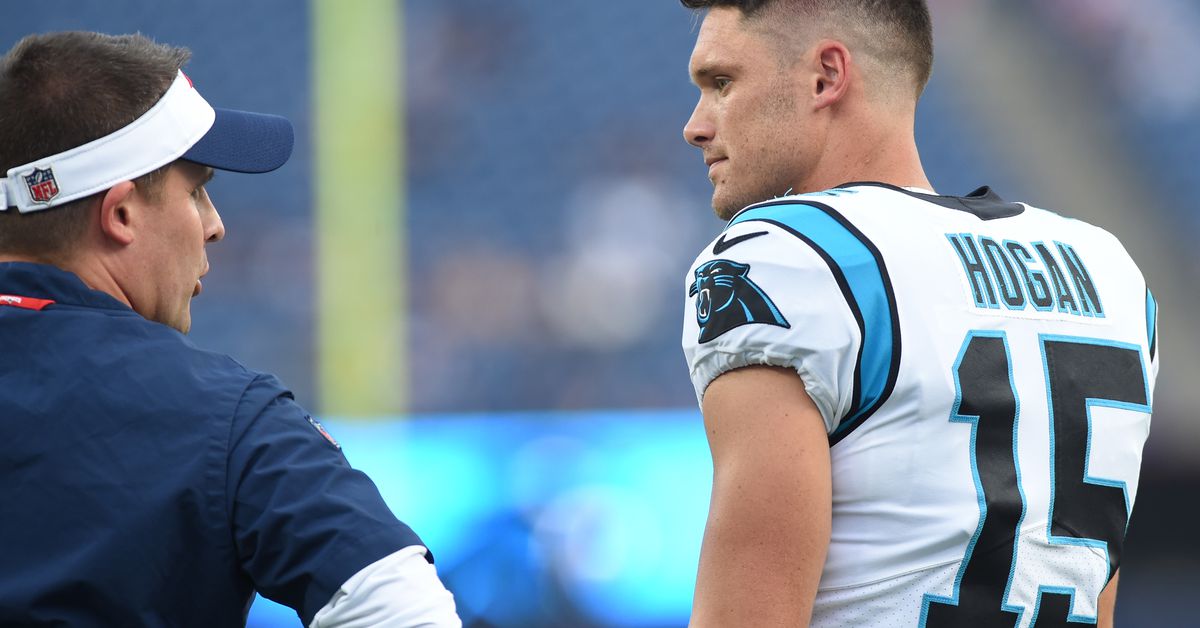 With the recent signing of wide receiver Chris Hogan, it’s evident the New Orleans Saints are desperate for help at the receiver position.

Michael Thomas is expected to miss a substantial amount of time after having surgery on his ankle and Deonte Harris might be out for the first game or two of the season after getting arrested in mid-July for driving under the influence of alcohol.

This leaves Tre’Quan Smith, Marquez Callaway and Adam Trautman as the primary pass-catchers on an already-thin roster when it comes to skill position depth.

So, as part of an effort to bolster this depth...
Continue reading...

Jameis Winston: Incredible feeling to be able to go out and execute The quarterback competition is underway at Saints training camp and Jameis Winston is enjoying his role in it.

Winston told reporters at a Saturday press conference that the 2020 season was “an amazing year for me in terms of just growth of learning football overall” because of the chance to watch Saints head coach Sean Payton and quarterback Drew Brees work together. Winston also noted what he gained from watching other NFC South teams along with a big difference from last year.

That difference is the amount of football he gets to play this time around and the excitement he feels from...
Continue reading...

Ranking the NFL's top 25 prospects: Young players who could level up in 2021 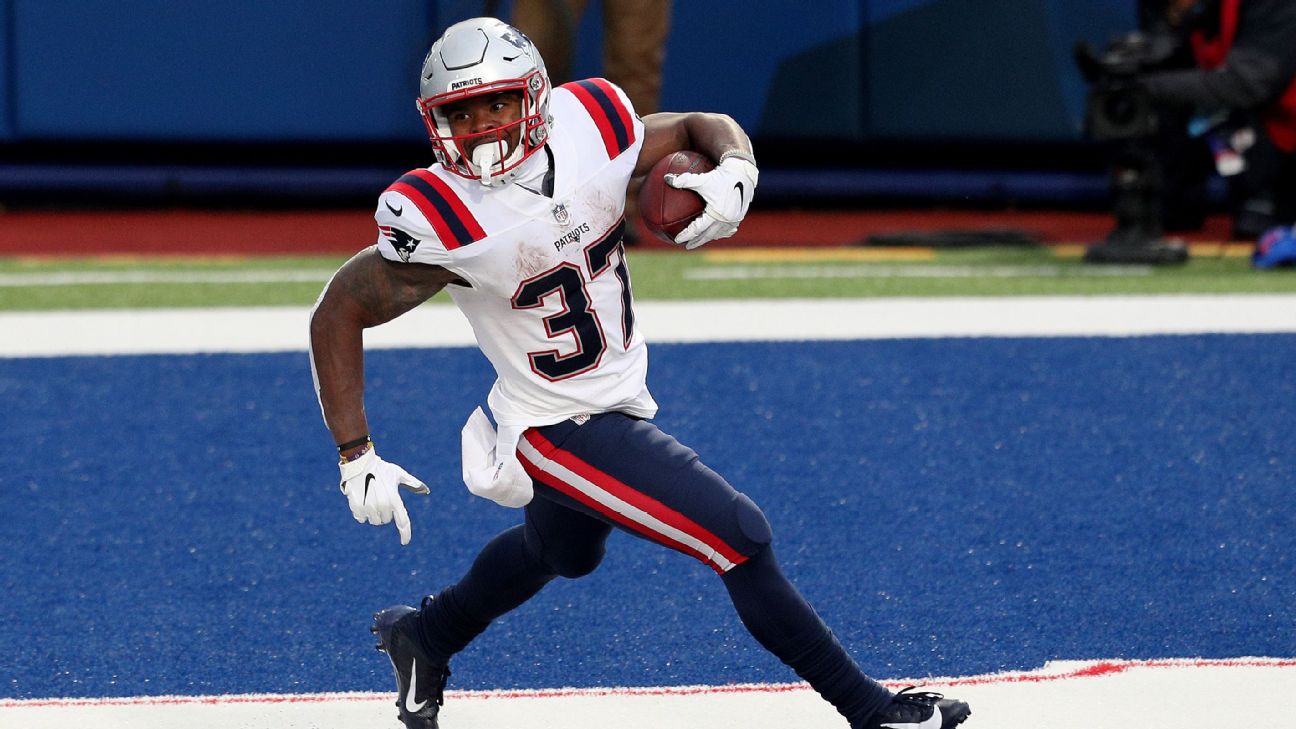 Every year, Football Outsiders puts together a list of the NFL's best and brightest young players. Eighty percent of draft-day discussion is about first-round picks, and 10% is about the players who should have been first-round picks but instead went in the second round, particularly if they were quarterbacks.

This list is about that last 10%. It's a stab in the dark at players who may just come out of the woodwork and surprise you this year.

Everybody knows that Trevor Lawrence and Kyle Pitts are good. There's a cottage industry around the idea of hyping every draft's No. 1 quarterback...
Continue reading... 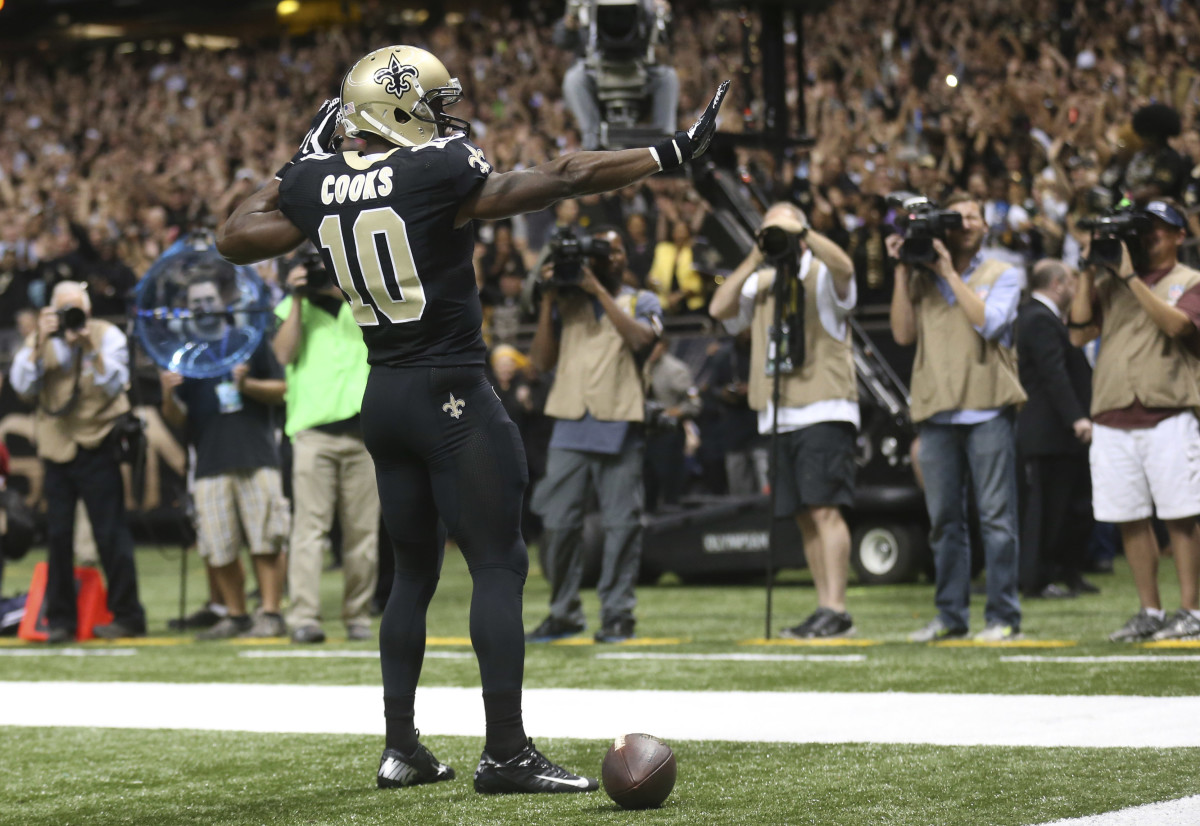 The Houston Texans are at it again. What is becoming one of the most dysfunctional franchises in professional sports has had a continuous fire-sale of their top starters over the last few years.

Cobb, who played the first eight years of his career for the Packers, joyously tweeted that he was ‘‘going home''.

The New Orleans Saints have major questions at their wide receiver position. All-Pro WR Michael Thomas will miss at least half the...
Continue reading... 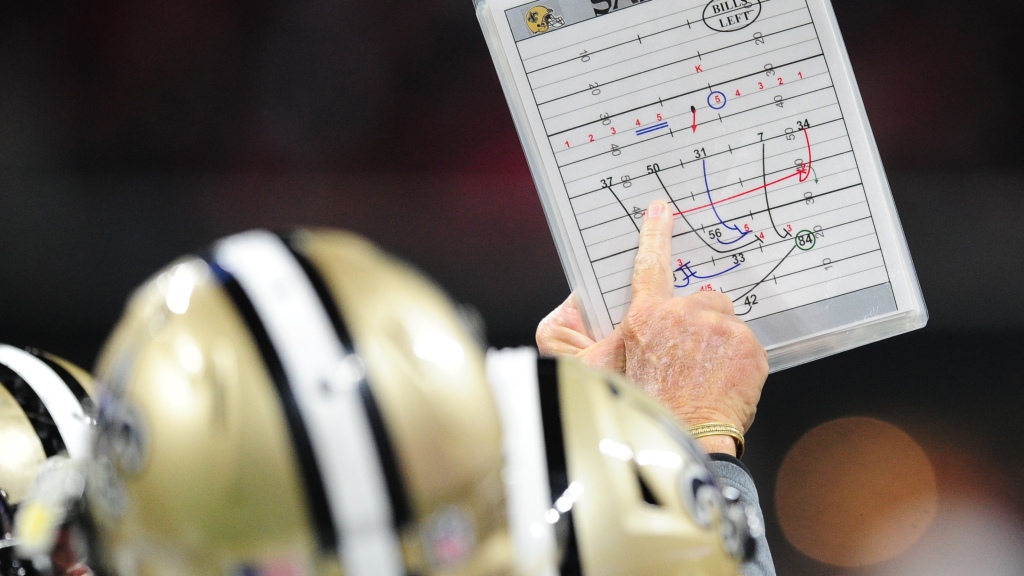 Yet another movie thread (3 Viewers)

Saints Hypothetical Would You? (8 Viewers)

Yesterday at 11:13 PM
Scorpius the Allfather