TAMPA - The Saints are coming to town, and no one is happier than Joey Galloway.

New Orleans is one of the few teams that attempts to defend the veteran receiver with one-on-one coverage. Should he get by his defender, the possibilities are endless.

"They'll mix it up a little bit, but we've seen them two times a year since I've been here, and they always come up and play you man," Galloway said. "I love playing the Saints because it takes me back to when I first came into this league. Teams would come up and play you man-to-man because you were young. When a team comes up and shows you man-to-man coverage, that is a challenge for any receiver. That's what we live for. And they have two very good cornerbacks, so it'll be exciting."
http://www.sptimes.com/2006/11/03/Bucs/Galloway_eager_for_ra.shtml
Click to expand...

Offline
Ole Galloway burned us in the last meeting....the ideal situation would be that the front 4 be in Gradkowski's face all day...so Galloway won't catch anything...or any of the other receivers...I'd be happy to just eliminate any big plays....they're gonna get their receptions...just keep em from busting the big one....

Offline
Any WRs not eager to play against man on man?

Offline
It seems that he always scores once and that is it. To me I think that they know they will give up one TD in the game too him so just senp the house and hope we force turnovers.

Offline
It's not that bad. It's just when you play Cover 0 and Cover 1, you depend a lot on pressure, which we need to do a better job of.

Offline
Galloway is the only Buc that scares me.

I hope Fred plays so we never have to rely on Craft against him.

Offline
Does Caddy scare you? I can see Galloway getting his home run.

Online
There are two quotes from this story that I want to bring your attention to :

Galloway: "They'll mix it up a little bit, but we've seen them two times a year since I've been here, and they always come up and play you man"

The writer: ....in his past three games against New Orleans he has 13 catches for 223 yards and four touchdowns.

The problem I have with these quotes is that they are acting like Venturi is still in New Orleans and there is some continuity between what the Saints did defensively prior to this year and the Gary Gibbs defense. Yes, the Saints will still show a lot of man-to-man coverage on the wideouts. But what takes place after the snap is very different from the Venturi years, so the quotes above are more about pumping themselves up and giving the Bucs confidence that they can exploit the Saints through the air.

Simply put, I don't think Galloway or the writer can take performances against the Saints' secondary from prior years and assume that the Bucs receivers are primed for a big day. The pass rush is different, the way the underneath receivers are covered is different and this Saints team is different.

It is a fluff piece IMO and nothing more.

Offline
I was thinking the same thing Richard. That is the first thing that jumped out at me was, one of two things. Are we playing the same kind of defense in the secondary that we played the last few years or, how can you compare what we are doing now to what happened in the past when the coaches and scheme are different. Hopefully it is not the first because I would hate to think that this team is doing anything the same as the previous regime. I want all remnants of the old coaching staff gone with the wind.

If Brown doesn't play, then yes it would be huge if Rice doesn't play. However if Brown plays, then I'm not worried about Rice, because Brown held him in check the last game. 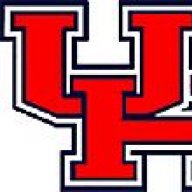 Hey everybody we have two good cornerbacks!!!!! Could have fooled me.

Hey everybody we have two good cornerbacks!!!!! Could have fooled me.
Click to expand...

Where did we get them?

Offline
I don't understand why everyone rags on our corners so much. They are ranked 9th against the pass this year, 14th last year, 12th in 2004 and 8th in 2003. These are the same corners that are playing man defense. I think that is pretty damn good. I know we don't have much depth and Craft can look like a rented mule at times but come on. Everyone wants to talk about how bad they were against the Ravens because they gave up 159 yards passing. I don't know if you guys realize it or not but 159 yards per game would rank #1 in the NFL if the season ended today. Somehow that performance gets the blame and our "great, can't stop us" offense turns the ball over 5 times and get worshipped for lighting it up when they were down 28 points late in the 2nd half.

We could always trade for Chris MCallister since he is a shut down corner, will make the Pro Bowl and he gave up more yards Sunday than our entire team. How about we go after Deltha O'Neal and Tory James since they get a lot of interceptions and made the Pro Bowl last year. Just so happens they both also play for the Bengals who had the 26th ranked passing defense last year.

I think our corners have played well. I also think that we need to get younger and deeper at the position. I would love to see them get more interceptions but not if it means they are giving up huge plays by gambling. I would love to see them play more of the confusing zone schemes but then defenses would run all over us like they did in 2003-2004.
Show hidden low quality content