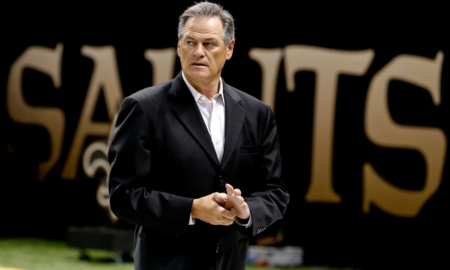 What is the biggest draft need for the New Orleans Saints? Objectively speaking, probably wide receiver. Michael Thomas led the group with 149 receptions; Ted Ginn Jr. placed second-best, with just 30 catches. After those two, second-year pro Tre’Quan Smith was the only receiver to catch at least 18 passes. Thomas put the team on his back and made NFL history, but he can’t be expected to do it his entire career. The Saints must get him some help.

But for now, Saints general manager Mickey Loomis is focused on talking up the players still in the room: behind Thomas, that means names such as Smith, Keith Kirkwood, and Deonte Harris. Backups like Lil’Jordan Humphrey, Emmanuel Butler, Krishawn Hogan, Tim White, and Maurice Harris are also around. Ginn and slot specialist Austin Carr are each pending free agents.