Offline
I know this is being discussed in a bunch of

threads, but I'm not going to cross-post and I can't decide which thread to post in, so here's a new thread.

Check this out and tell me why it's so objectionable that people in the media DARE to pick Pitt over NO.

Wow. It's almost identical. It's far closer than I would have figured even when you separate rushing vs. passing.

Pittsburgh and the Saints are statistically pretty much the same team.

Pitt & NO have played one common opponent so far: Atlanta. The Saints beat Atlanta on "homecoming" night and Pitt lost to Atlanta 41-38 in a game almost everyone on the SSF thought Pitt "should have" won. That's the lone common opponent. But aside from Atlanta....

Pittsburgh's 4 toughest opponents have been Cincy, Denver, at JAX, and at San Diego (all losses)

NO's 4 toughest opponents have been Baltimore, Philly, at Carolina and who? One of the Tampa games, I guess?

So it seems pretty clear to me that the most significant difference by far separating NO and Pitt record-wise is simply schedule strength. Statistically, the two teams are all-but-identical. Pittsburgh is 2-6 and the Saints are 6-2 based pretty much only on who they've had to play.

The following has been said in those other threads, but I'll repeat the points in light of the stats above....

What's the line, like 5? 5.5? And I'm well aware of the fact that the line is irrelevant, but doesn't the line usually give them home team 3? And isn't anything less than 3 pretty much a pick 'em? So take away the 3 just by virtue of Pitt being at home and it's a pick 'em.

And as for the heads on tee vee, let's see, Pittsburgh is still the defending Super Bowl champs, who are at home and are desperate to salvage their season. Vs. a team that was 3-13 last year, are on the road and could be argued to have shown some complacency 2 weeks ago against an AFC team. If I weren't a Saints fan, I'd probably pick Pitt too.

How do you figure?

Offline
you left out the most important stat in all of football which is turn over ratio. I think you'll find your answer there

Offline
If i was a betting man I'd agree. I don't bet and don't feel insulted by the pick. If Pittsburgh protects the ball we'll have a hard time winning. But the game is won on the field not on paper (too bad though cause HAZ's teams were superbowl teams on paper). I expect that the team with the greatest hunger and least amount of mistakes wins. So I don't count us out. but I wouldn't bet on this game either way.
OP
OP

Offline
Turnover margin hasn't affected the fact that Pitt scores a whopping 1 FG less than the Saints per game and gives up a whopping 2 points more. Against tougher competition.

Offline
Maybe cause they are 2-6? Just a hunch.

Chairman_LMAO said:
Turnover margin hasn't affected the fact that Pitt scores a whopping 1 FG less than the Saints per game and gives up a whopping 2 points more. Against tougher competition.

Turnovers schmurnovers. It's moot when it doesn't significantly affect other stats, primarily points scored and points scored against.
Click to expand...

Let's hope for a good game and if we win in Pitt that would be a huge win and a bonus ! let's play hard and hope for the best.
OP
OP

Offline
Alright, pretty much what I expected I guess. The media hates us and has no basis whatsoever for thinking Pitt has a shot. Nevermind. 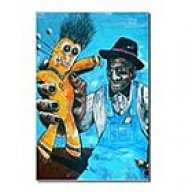 Offline
Also we have more points per game than they do and the team with the most points wins.

Chairman_LMAO said:
Turnover margin hasn't affected the fact that Pitt scores a whopping 1 FG less than the Saints per game and gives up a whopping 2 points more. Against tougher competition.

Turnovers schmurnovers. It's moot when it doesn't significantly affect other stats, primarily points scored and points scored against.
Click to expand...

When you turn the ball over in the red zone it effects points scored significantly.

When you turn the ball over inside you own 30 it effects points scored against significantly.

When you turn the ball over everywhere else it takes plays away from the offense and forces your defense to be on the field more greatly effecting both the points scored and points against stats.

When you turn the ball over several times a game it will cause you to play from behind. This effects the passing and rushing stats because when your playing catch up you will pass more.

This is why turnovers are widely considered the most important stat in football. 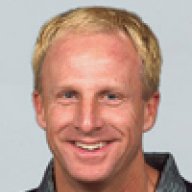 They over achieved last year because of Vanderjacks choke, Jerome Bettis's emotion, and a Lucky gift call in the superbowl. They are awful.

Offline
wouldnt some of those O stats of theirs, should of come being behind in half of their games this season??

Offline
I'm not writing this game in the W colomn for sure. Pitt is tough and even tougher at home.... they are 2-6 but if Ben R. did not throw so many int and if S. Holmes did not had 5 fumbles (2 lost), they could easily be 5-3.

It reminds me of an Old Saints team, cause "if" was the main word....

I'm really afraid of W. Parker. If he can break loose I think we are dead, if we contain him, I think we have a good chance. Pitt secondary is not that good (they even benched Taylor for sunday), so if they blitz a lot I think Brees will kill them....

Offline
Play keep away take away... where have I read that before?

I wonder what Jason Cole would think of this.

Cooper Rush anyone? for Sean Payton
2 3

Before Anyone Predicts A 10 Plus Year Drought