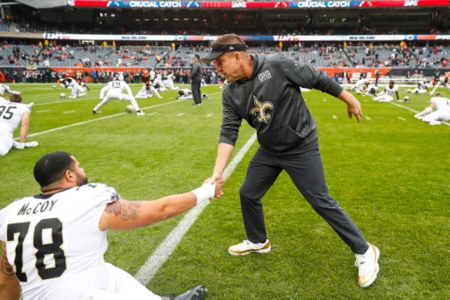 BATON ROUGE — Jeff Ireland is in his sixth year with the New Orleans Saints as assistant general manager and college scouting director after replacing director of player personnel Ryan Pace in 2015.

The result has been better drafts for the most part. Coach Sean Payton, general manager Mickey Loomis, and Ireland hit on three straight first-round picks in left guard Andrus Peat in 2015 from Stanford, defensive tackle Sheldon Rankins in 2016 from Louisville, and cornerback Marshon Lattimore of Ohio State and right tackle Ryan Ramczyk of Wisconsin in 2017 from Ohio State.

Peat has been a fixture at left guard when he is not playing left tackle for an injured Terron Armstead. He made Pro Bowls in 2018 and '19. Lattimore was the defensive rookie of the year in 2017. Ramczyk made the Pro Bowl in 2019 and in 2017. Rankins has also been very good.