Offline
I have no clue. What do we really know of McLeavon and DRC? Or they really better than guys like Flowers? The only info I know is regurgitated from commentators and anaylists on TV. I don't personally watch film, I am not adept at understanding what measurables translate to our team and its schemes, and I really don't know very much aside from the labels "cover corner", "zone", and "Tampa 2". I also know Tampa 2 corners tend to run on the big side becuase they act as the safety on run support, but aside from that, I really don't know much.

How much can we know about the small school guys mentioned above, playing for Troy and Tennesee St, or even the kid from USF who has been generating buzz? All I really see is Jackson and Zenon, and whomever they play against like Flowers. Based on that alone, Flowers and Jenkins from Ohoi St. who elected to stay in school were the best two I saw; yet that isn't saying much.

Anyone out there with a solid opinion of your own mental sweat? Many want us to take the top corner, but from what I have seen, who that person is has been up for serious debate. Its not like DE-- Long, or Tackle- Long or DT- Dorsey or Ellis, or ILB- Connors or OLB-- Rivers. We have always had the need for a top corner, but isn't it a surer bet to take a top DT or OLB, since we know who those are?

Give me your argument for the best corner: who that is, what he excells at, how he fits in to what we do, and maybe who he compares to already in the NFL. Sell this guy to me and justify why we should take him at 10, not only above his peers, but also above a top DT or LB if all were available.

Offline
A guy that nobody talks about that I like a lot is Antonie Cason, I don't know if he's the best CB but I've seen him a play a few times over the years and he looks like the real deal to me...:dunno: I wouldn't mind getting him in the 2nd if he's still there. I also like Flowers regardless of his 40 time(which can be very overrated anyway), he's very physical(can play the run and pass) and has a great nose for the ball...

sorry didn't answer your question, I'm kind of like you I don't really know who's the number one guy, I'm hoping either Dorsey or Ellis falls to 10, if not then I think I'd be happy with Rivers...

Offline
CB? I wish everyone would tell me why in the hell they want Keith Rivers? It blows my mind.

Offline
There isn't a definite #1 CB, and the Saints might not be the first team to pick a CB.

Anyway, I like Leodis McKelvin the most. He's fast and quick, great in coverage. He's a decent tackler and a great returner. Not a big guy, but he can jam receivers. He compares to Lito Sheppard or Dunta Robinson.

how can you only have one name?

Pookie said:
CB? I wish everyone would tell me why in the hell they want Keith Rivers? It blows my mind.
Click to expand...

Offline
id have to go out on a stretch and say antoine cason is the best corner in this draft. 22 of 70 passes thrown his way were completed.

most athletic with the most upside, however, would be cromartie

d3vanj said:
id have to go out on a stretch and say antoine cason is the best corner in this draft. 22 of 70 passes thrown his way were completed.

most athletic with the most upside, however, would be cromartie
Click to expand...

I'm curious to see how many passes were completed against Talib.

SodiumBenzoate said:
Anyway, I like Leodis McKelvin the most. He's fast and quick, great in coverage. He's a decent tackler and a great returner. Not a big guy, but he can jam receivers. He compares to Lito Sheppard or Dunta Robinson.
Click to expand...

He's my favorite. He can return kicks, too. Which is another need of ours.

Online
MIKE Jenkins, he was the best corner at begining and has done nothing to lose that spot, ran a 4.3 and is a true shutdown corner, good hands , can also play zone and will come up quickly in support of the run,


Mckelvin has poor hands
DRC has great talent but is not by far a finished product/ I do like him though
Talib great talent/ but may not have the speed . but everything else and plays faster than timed speed.


there are alot of good corners in this draft and we can get a good one in round 2, but we may get our pick at ten for the first time in a while and we should take the one our coaches like the most, although they choose jason david, and Randall Gay. josh lay , etc. we just haven't picked one very well in the past.
Last edited: Mar 8, 2008

Rich Jr said:
I'm curious to see how many passes were completed against Talib.
Click to expand...


DeuceMcAllisterFan said:
Pass deflections and interceptions are not good indication of a good corner. What you want to know is how much the corners are avoided and completion percentages.

What people have to realize that a guy like Talib makes a lot of plays and is no doubt a great play maker but that doesn't make him a great cover corner. His completion percentages to his side of the field is a staggering 51%. 47 out of 92 passes caught going his way.

Then there's Mckelvin... he already can't catch but he hasn't been a shutdown corner either with about a 48% completion rate. 34 our of 70 pass caught going his way.

Cromartie had a 37% completion rate. 22 out of 60 passes were completed.

The reason why some guys are ranked higher right now is because of their ceiling and untapped potential.

Cason is still the most proven prospect. 23 out of 73 passes were completed to his side. A whopping 32% rate. 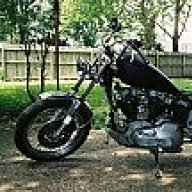 Offline
does drc do any returns?

Alamo Saint said:
does drc do any returns?
Click to expand...

both of his picks were returned for TDs

Offline
Its got to be DRC without a doubt. I mean, even though he played at a scrub school against scrub competition he ran 40 yards in like 4.3 seconds without pads on, so he must be worth the 10th pick.
Show hidden low quality content