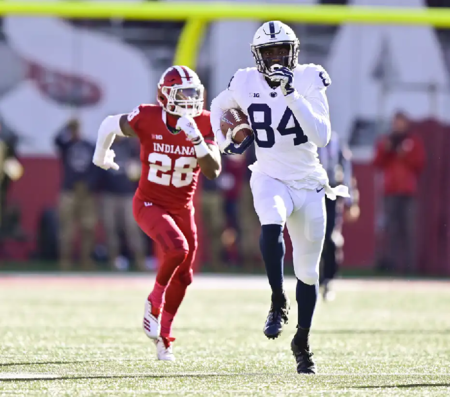 The New Orleans Saints did not select a wide receiver out of what most considered being a deep draft class at the position. New Orleans offense added the big-play ability of veteran WR Emmanuel Sanders in free agency to complement the record-breaking feats of All-Pro WR Michael Thomas. Given the little production that the Saints received from their wideouts other than Thomas the last two years, it still surprised some when the team did not add another through the draft. Deonte Harris, an undrafted rookie a year ago that would have an All-Pro year as a kick returner, may be used more at receiver this season.

The Saints brought in two undrafted receivers, WR Juwan Johnson and WR Marquez Callaway, to compete with the returning veterans for a roster spot at the position. Today’s rookie profile looks at WR Juwan Johnson who could muscle his way onto the depth chart. Juwan’s older brother George Johnson was an NFL defensive lineman for six seasons, including 5 games with the Saints in 2017.