Offline
"What we need are damned good ideas in Washington. I support drug testing for senior citizens. Tell our seniors 'if you do drugs, you don't get your social security checks'. Damn good idea." 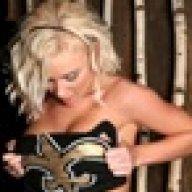 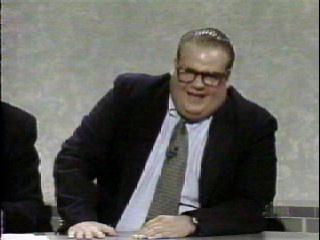 Online
One thing kids like is to be tricked. For instance, I was going to take my little nephew to Disneyland, but instead I drove him to an old burned-out warehouse. "Oh, no," I said, "Disneyland burned down." He cried and cried, but I think that deep down he thought it was a pretty good joke. I started to drive over to the real Disneyland, but it was getting pretty late.----Jack Handey

Offline
"I will not call you 'Turd Ferguson'."

MLU said:
"I will not call you 'Turd Ferguson'."
Click to expand...

oh yeah...celebrity jeapordy was one of the best skits ever.....

"for the last time, you are not batman."

"Is a donkey and a mule the same thing"?

"Does this donkey fix cars"?

"The rain forest? That sounds wet"!

"I once saw a video of a monkey washing a cat, that's CRAZY"!!

Offline
Put down that phone! That parrot was trying to use my credit card!