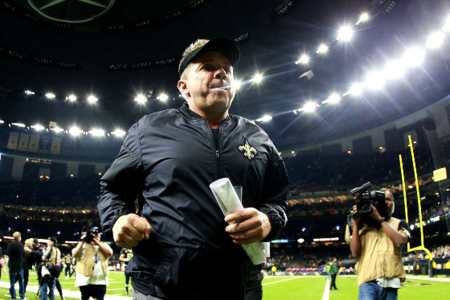 The NFL’s requirement that all team personnel works remotely from home ahead of this year’s draft has led to creative solutions around the league, with New Orleans Saints coach Sean Payton putting together a multi-screen battle station in his living room.

Complete with multiple monitors, two different laptop computers, a wide-screen television, and a phone for conference calls, Payton appears to be locked in and ready for the “virtual” 2020 NFL Draft.

Payton responded to a fan’s conversation with NFL Network’s Kay Adams, who was asked whether she would want to be a fly on the wall while Payton works the upcoming draft. Adams has been a champion for the Saints in recent years, doing her part to include them in conversations about the NFL’s best teams.