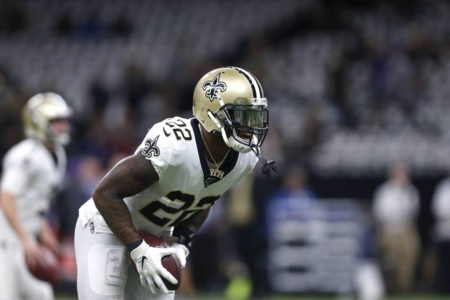 Chauncey Gardner-Johnson earned All-Rookie honors with the New Orleans Saints in 2019 and is ready to take his game to the next level in 2020—regardless of who he's guarding.

The defensive back told ESPN's Jordan Schultz on Instagram he's ready to line up against whoever in the league has to throw at him and would gladly take on the challenge of covering new Tampa Bay Buccaneers tight end Rob Gronkowski.

"You better realize," Gardner-Johnson said. "I don't shy away from competition."

Which NFC South team had the most athletic draft according to RAS? 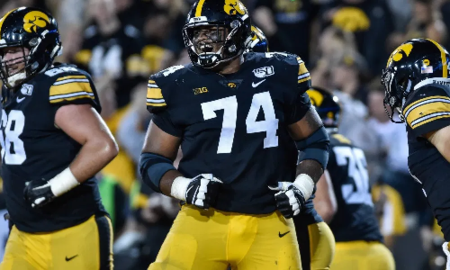 How did the NFC South fare in the 2020 NFL Draft? Which team had the best
overall haul from a RAS standpoint?

With the 2020 NFL Draft now complete, we’re able to take a look back at previous seasons and see if organizations are following any sort of trends from years past. Teams can be unpredictable at times, but they often follow the same sorts of behaviors with regards to decision making and risk management, trends that we can analyze to help us understand the approach to roster building those teams are taking.

To that end, we’re going to take a look at every division in the NFL and review how they’ve drafted in regards to general athleticism, continuing with the RAS in the NFC South.

Relative Athletic Scores, or RAS, compares player athletic testing to all players at that position with a vast database spanning more than 30 years. It then uses those scores to create a composite final score on a 0 to 10 scale, with 5.00 being the median score. Using RAS, we’re going to look at four division rivals and identify how much athletic testing has played into their draft process in the early rounds. 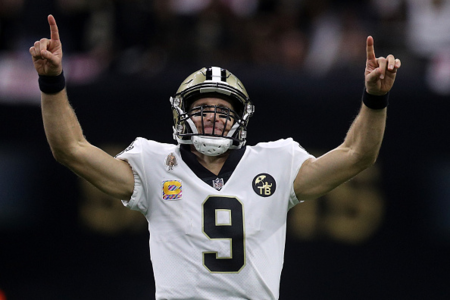 Through the 2020 NFL offseason, no division has received more national media attention than the NFC South. The New Orleans Saints have won the division each of the last three years. Entering 2020, their roster is still looking stacked. But unlike past years, the race to the division crown this season will be a brutal one. Since the NFL draft has passed, depth charts are starting to form. Now that we can start seeing what rosters in week one might look like, we can begin to predict ahead. Although today we won’t be predicting the NFC South. Instead, this is an NFC South team by team breakdown.

The poor Saints have had some of the worst postseason luck in the NFL for the last three years. Despite a 13-3 record the last two seasons, the Saints just haven’t been able to capitalize come January. After their most recent failure, I wrote that the Saints Super Bowl window is still open. That prediction was spoken into existence when Drew Brees announced he would return to the team. When looking at what the front office has added in the offseason, it’s hard not to give credit where credit is due. One of the biggest weaknesses of last year’s team was a lack of wide...
NFC South News Saints News
Continue… 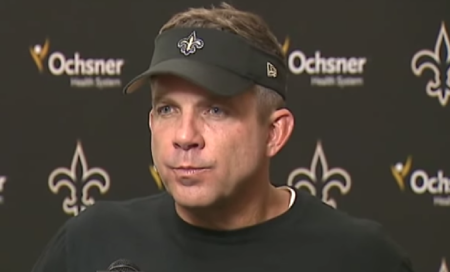 One of the NFL Draft’s more intriguing subplots may land two teams in hot water thanks in part to a public admission from Sean Payton that probably should have stayed private.

The New Orleans Saints traded back into the 7th round to select former Mississippi State quarterback Tommy Stevens, who the team was enamored with as a possible Taysom Hill-type hybrid. According to Jeff Duncan of The Athletic, the Saints wanted to sign Stevens as an undrafted free agent, but he had already given a commitment to the Carolina Panthers. That prompted the Saints to nab a pick in the final round to draft him.

Saints can handle a Brady-Gronk Reunion in the NFC South 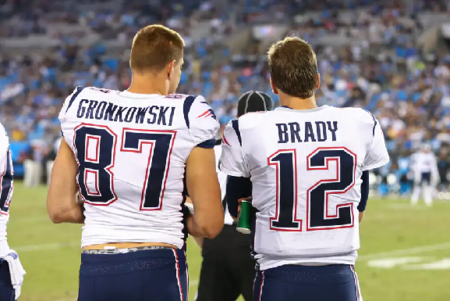 The NFC South teams are having a great offseason in 2020. First, the surprising arrival of a new nemesis in the division, QB Tom Brady. Just as the Saints, Falcons, and Panthers defensive coordinators started developing defensive schemes for Brady, his old partner from New England comes out of retirement. TE Rob Gronkowski is traded to the Buccaneers to create chaos in the NFC South. But, Saints fans should not be too concerned. Here's why.

Rob Gronkowski’s decision to return from the ranks of retirement and follow his old quarterback is a career revival. Gronkowski retired from the NFL on March 24game-plan2019 after nine seasons with the New England Patriots. He cited in an Instagram post his retirement resulted from the many injuries, surgeries from football which took a toll on his physical and mental health. After one season of rehabilitation, it seems Gronk has a new lease on his NFL life. 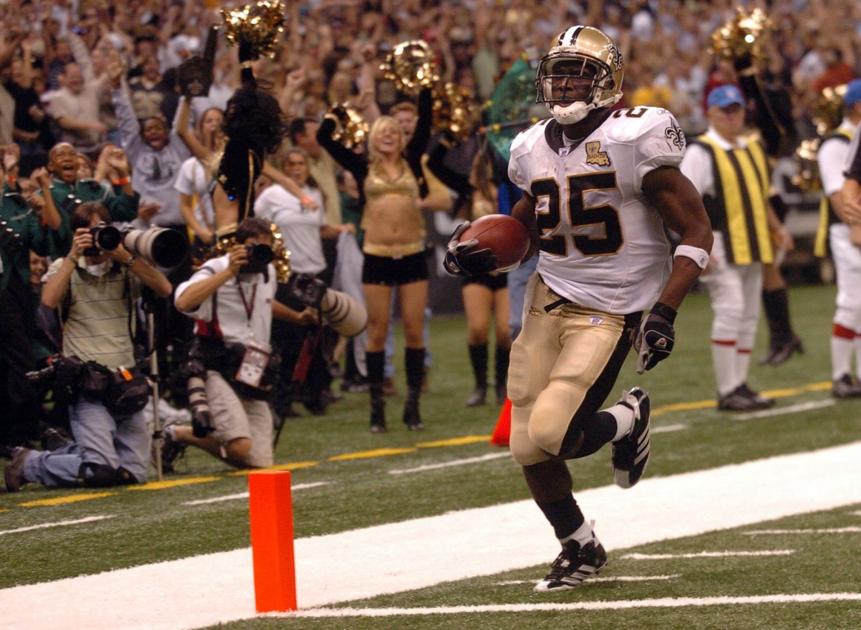 Former New Orleans Saints running back Reggie Bush will always side with his former club, but he believes New Orleans’ path to a fourth consecutive NFC South title became tougher after the way this offseason unfolded. 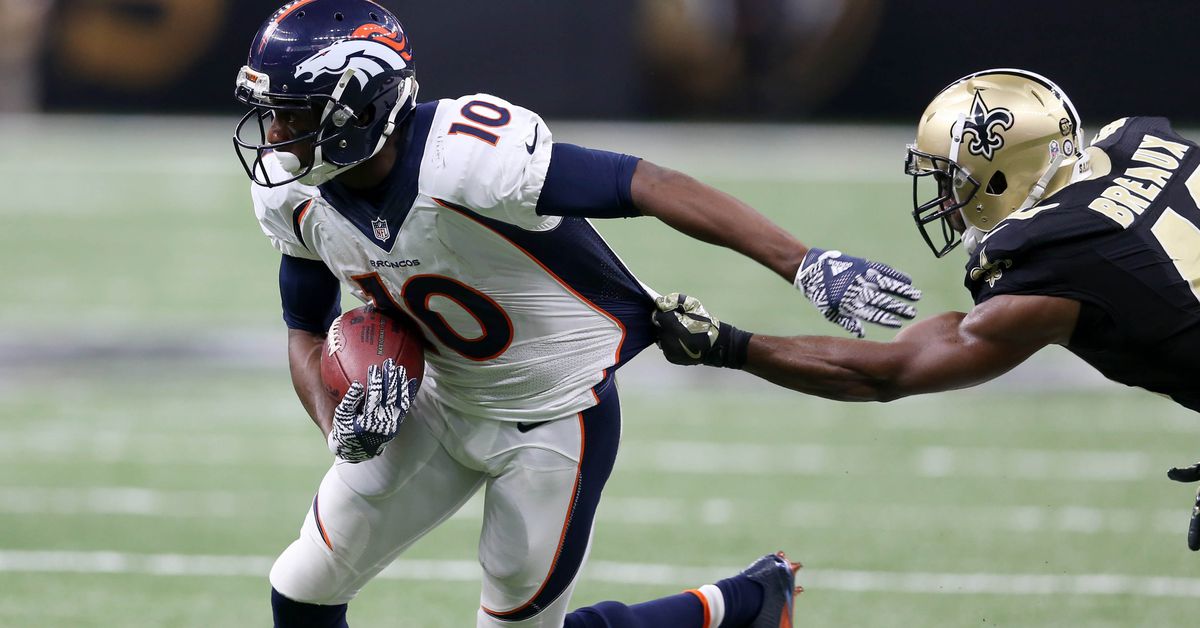 Looking for Saints podcasts? We have got you set with all the local podcasts such as Canal St. Chronicles, Locked On Saints, Saints Happy Hour, Who Dat Confessional, Bayou Blitz and more!

Tulane PA announcer Doug Moreau on what he misses about sports: 'For this, I'm patient about it' 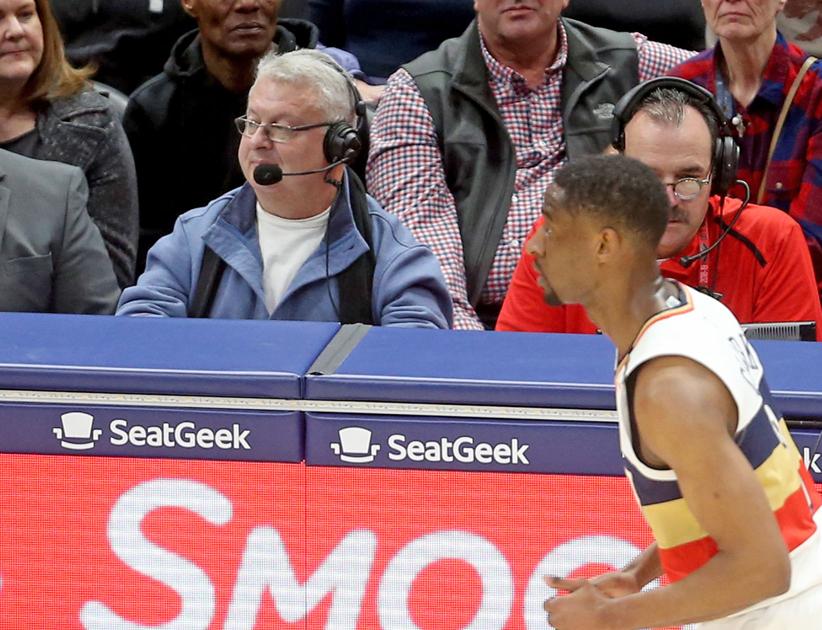 The people you're about to read about are like most of us during this COVID-19 pandemic.

They all love sports.

They all miss sports.

And they are all longing for its return.

The sports staff at The Advocate and Times-Picayune caught up with six people to tell their stories about how they have coped for the past 11 weeks without watching and being a part of the games we all so dearly love.

For Doug Moreau, sports is a way of life.

A look at his résumé gives you a glimpse of just how much of his life it is.

He is the stadium public address announcer for Tulane...
Continue reading... 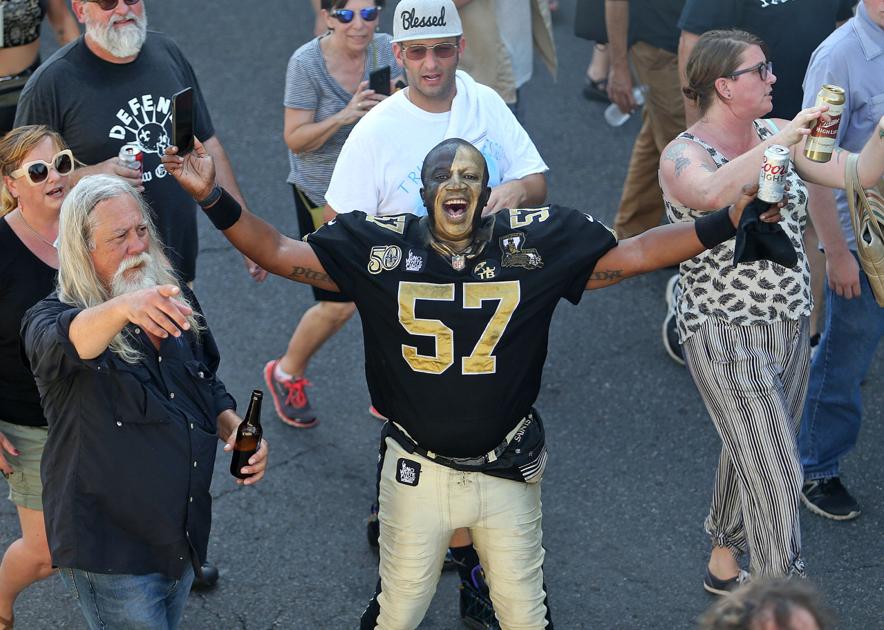 The people you're about to read about are like most of us during this COVID-19 pandemic.

They all love sports.

They all miss sports.

And they are all longing for its return.

The sports staff at The Advocate and Times-Picayune caught up with six of them to tell their stories about how they have coped for the past 11 weeks without watching and being a part of the games we all so dearly love.

Right before the world as we know it shut down, Leroy Mitchell Jr. was living it up in Las Vegas — and better yet, he was doing it on someone else’s dime.

The NFL and...
Continue reading... 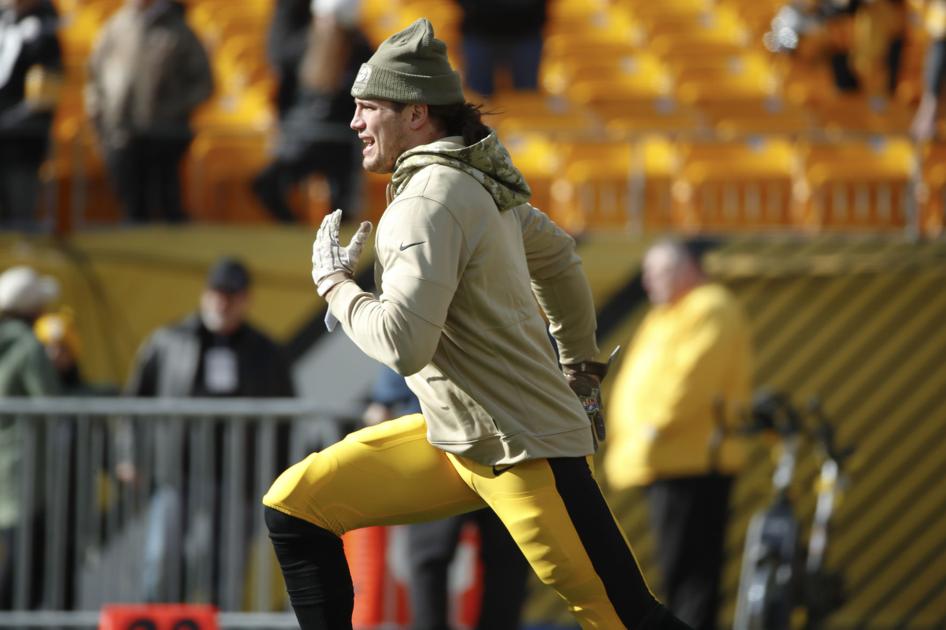 Chickillo's agent, Drew Rosenhaus, told reporters on Thursday that the Saints had agreed to a 1-year deal with Chickillo.

The Steelers drafted Chickillo out of Miami in 2015, and he played in 65 games, starting in nine, in his five seasons in Pittsburgh...
Continue reading...

A look around the NFC South on SB Nation 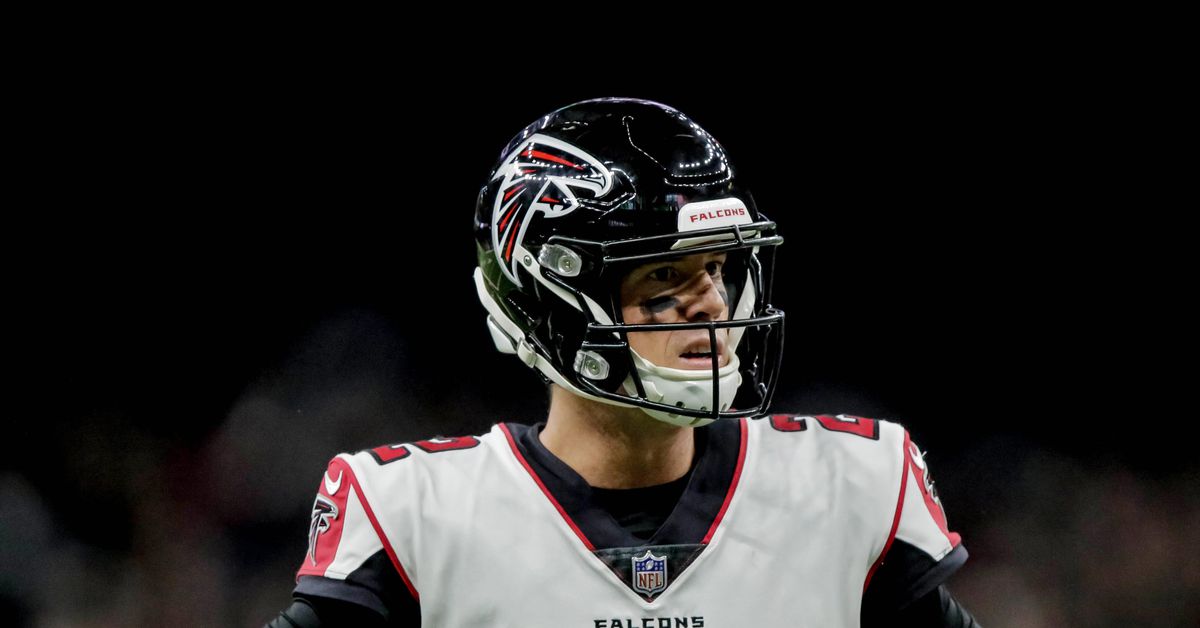 A look at some of the most discussed topics on SB Nation’s other NFC South blogs.

Trying to get an edge. Tom Brady organizes “illegal” workouts with his teammates during shelter-at-home times. Brady, as greats are known to do, is already trying to be a step ahead of the competition.


The Best Linebacker Duo in the NFL? Kay Adams of the NFL Network had high praise for a pair of Tampa Bay linebackers.


No Longer Underdogs. With the plethora of talent that they have added this offseason and a talented core of returning players, the Bucs are now considered by many...
Continue reading...

A farm. A field. A canyon. A pool. Even a driveway. As NFL players wait for a return to normalcy before the 2020 regular season begins, they have had to get creative with how and where they train.

The ripple effects of these unprecedented times -- nationwide social distancing during the coronavirus pandemic and an unknown timetable for a vaccine -- have altered the professional sports landscape, and the NFL is no exception.

NFL commissioner Roger Goodell authorized the reopening of all team facilities this week, in accordance with state and local regulations...
Continue reading... The Saints aren’t having a virtual offseason program in what is a different offseason for players on every team. But New Orleans is planning on a normal training camp.

The Saints are scheduled to hold training camp at their team training facility in Metairie.

“There’s been a lot of discussion, both internally and externally, about what that’s going to look like when we do have training camp,” Saints General Manager Mickey Loomis told John DeShazier of the team website. “I would say this: Right now we’re planning on having our normal training camp.

Q&A: Willie Roaf on the toughest player he ever faced and his favorite Saints memory 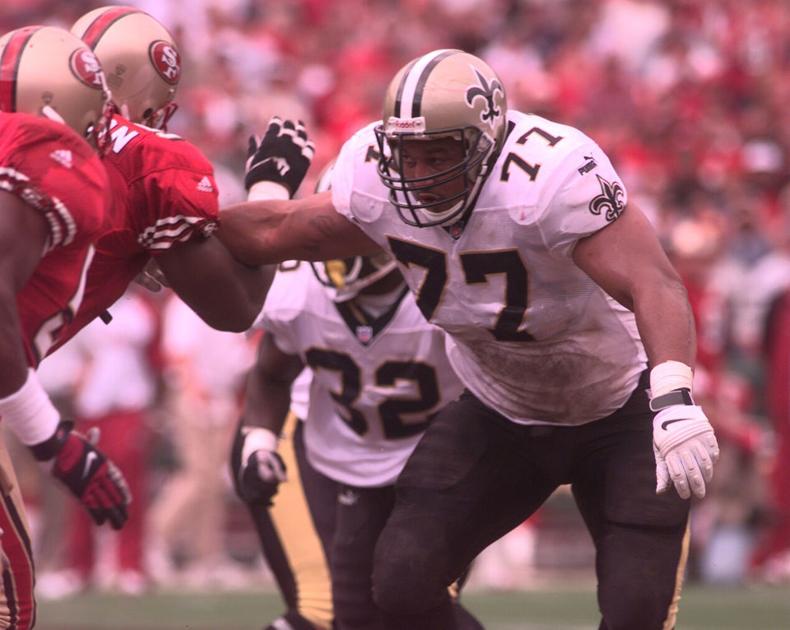 In at least one respect, Pro Football Hall of Famer and New Orleans Saints legend Willie Roaf is just like everyone else right now.

As the world around him creeps back toward something that feels normal, Roaf has turned to outdoors exercise as a way to escape the house. And, when his grandson Elijah recently turned 1, he got in the car and made the nearly 20-hour round trip drive to and from Gulfport, Mississippi, to see him.

He is a proud family man. Before launching into a conversation that would be centered on himself, Roaf brought up all his children —...
Continue reading... 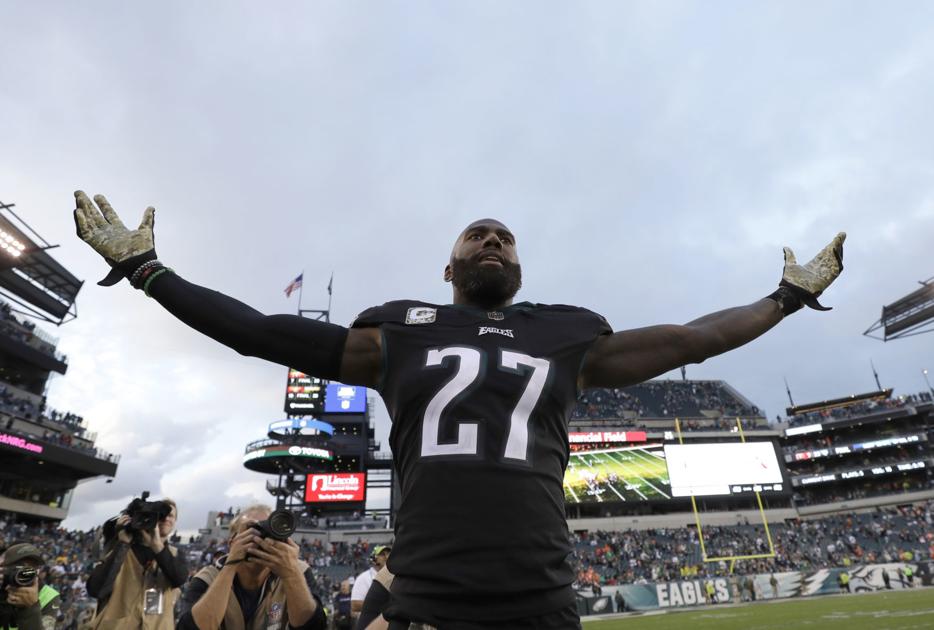 New Orleans Saints safety Malcolm Jenkins lurked in the shadows of a Zoom graduation ceremony on Friday, going undetected until it was his turn to speak.

Fifty high school graduates and their families from the College Track program were listening to Jenkins' mother, Gwendolyn Jenkins, give her remarks about her son's namesake foundation and the longstanding relationship they've had with College Track — a college completion program that works with students from underserved communities from ninth grade through their college graduation.

This year included, the...
Continue reading... 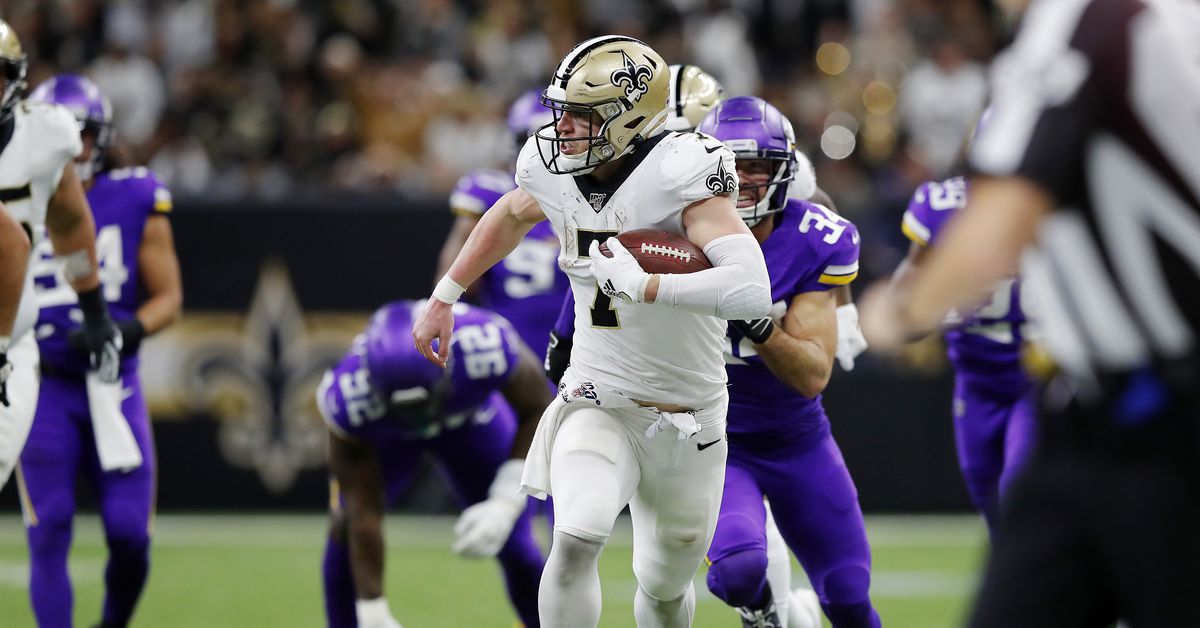 You thought we were stopping after the first round?

This is a two-round re-draft of the 2017 NFL Draft, and the New Orleans Saints were back on the clock again with the 11th pick in the second round after selecting Evan Engram to close out round one.

Here’s how round two played out so far:

For one thing, the New Orleans Saints coach has a direct hook-up with Jordan Brand endorser Michael Thomas -- who happens to wear the same size 13 shoe. But Payton also revealed to the NFL Network’s Kay Adams during an Instagram Live conversation on Thursday that Michael Jordan himself anointed Payton as his "first Jordan coach" the first time they met.

Apparently Jordan had noticed Payton wearing those Jordan shoes on the sideline. 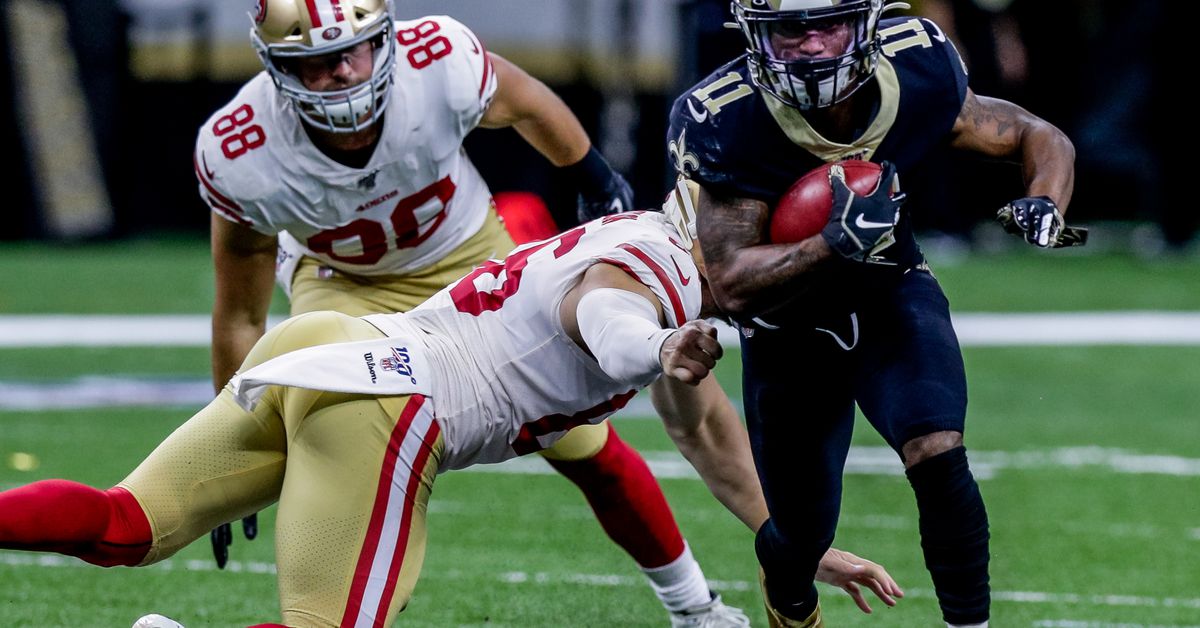 A fan favorite among Saints players heading into the 2020 season is First-Team All-Pro returner Deonte Harris. The lightning quick 5-foot-6 receiver won the Who Dat Nation over with his electric abilities on special teams during the 2019 season.

Not only that, but fresh on the minds of fans is the 50-yard missile he hauled in from Taysom Hill in the Wild Card round vs. the Vikings. So, it’s safe to say everyone is excited to see him back on the field come time to start the season.

The question is: Will we see more of him?

I’d certainly assume so. In addition to...
Continue reading... 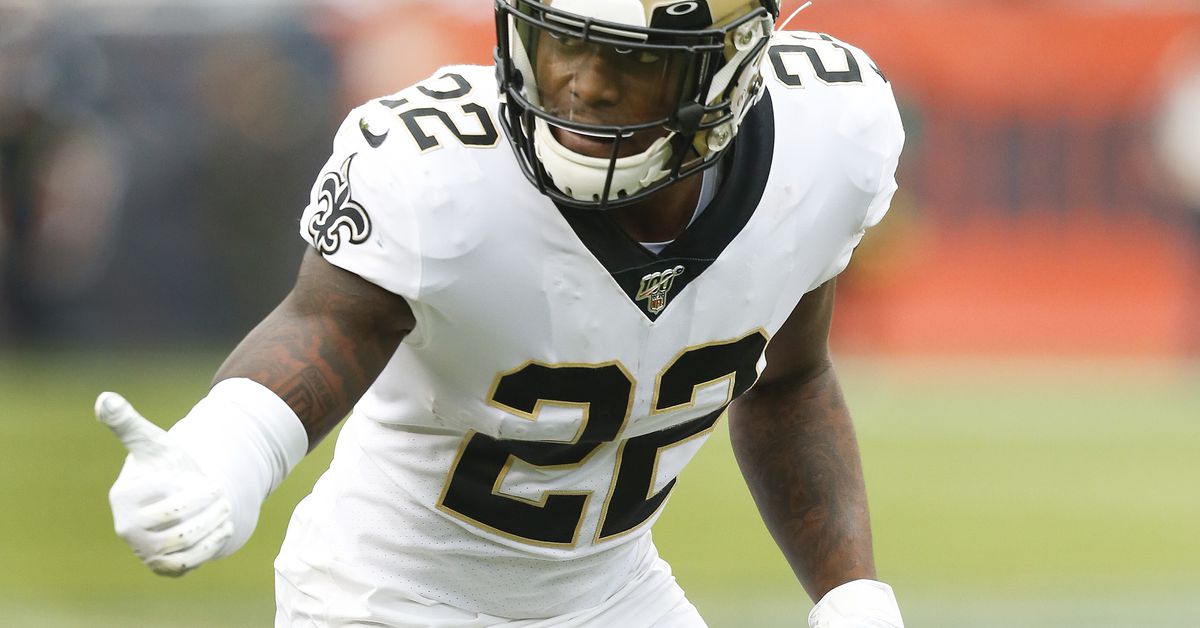 Saints bring former Steelers linebacker Anthony Chickillo on to the team on a one-year deal.

An adult website has made the first public bid for the naming rights for the Superdome following the announcement that Mercedes Benz will lose naming rights in 2021.

Officially licensed Saints face coverings are available for the first time, with proceeds from the sales going to the CDC Foundation.

Saints safety C.J. Gardner-Johnson says that he won’t “shy away from competition” when it comes to guarding Rob Gronkowski.

What Superheroes do you dislike (14 Viewers)
2 3