Painting of the Last Supper pops up, with Saints Drew Brees in the starring role 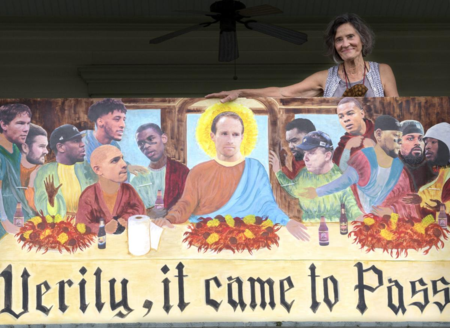 By Doug MacCash | The Advocate / Picayune

A painting of the Last Supper has appeared on a balcony overlooking Bayou St. John, with quarterback Drew Brees as the focal point. It is inscribed with the words “Verily, It Came to Pass,” referring to the recent retirement of beloved number 9, one of the greatest passers in NFL history, after 15 seasons with the New Orleans Saints.

The latter-day Leonardo da Vinci who created the work is Stephany Lyman, an artist and writer who taught English at the University of New Orleans for 30 years. Lyman is a devoted Who Dat. Sure, she has some misgivings about the NFL’s politics and policies, but still, she believes in the black and gold. Particularly because of the role the Saints played raising the spirits of New Orleanians during the post-Katrina recovery.

“What that team did for the city was so enormous,” she said.

“These are the apostles,” Lyman said, “the ones who have been part of his journey as a football player.”

Yes, Lyman said, that’s Jimmy Graham in the spot traditionally occupied by Judas. In her view, the record-setting tight end was one of the “most devoted disciples,” but he was swayed by personal ambition and thereby fell from grace. 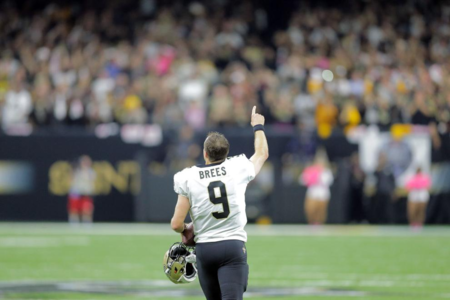 By Staff | The Advocate / Picayune

Most folks will tell you their lasting impression of Drew Brees was something he did on the field.

For me, it was in a decidedly different setting — a department store at Lakeside Mall in Metairie.

It was a Monday afternoon in November 2015, the day after the Saints had lost 34-28 in overtime to a wretched Tennessee Titans team that finished 3-13. The loss dropped the Saints to 4-5 en route to a 7-9 finish and a third straight non-playoff season.

Moreover, Brees had a seriously sore head, having taken a helmet-to-chin shot during the game. Most of us would just want to spend the day in bed.

But Drew dutifully showed up to sign footballs for a sold-out group of 400 fans who had purchased $74 worth of Hugo Boss products for the privilege. The first person in line had been there for five hours.

Drew didn’t just sign footballs that day. He talked to each person and posed for pictures for more than two hours.

“This always makes me feel better,” he said. “It separates you from the game.”

The feeling was mutual. 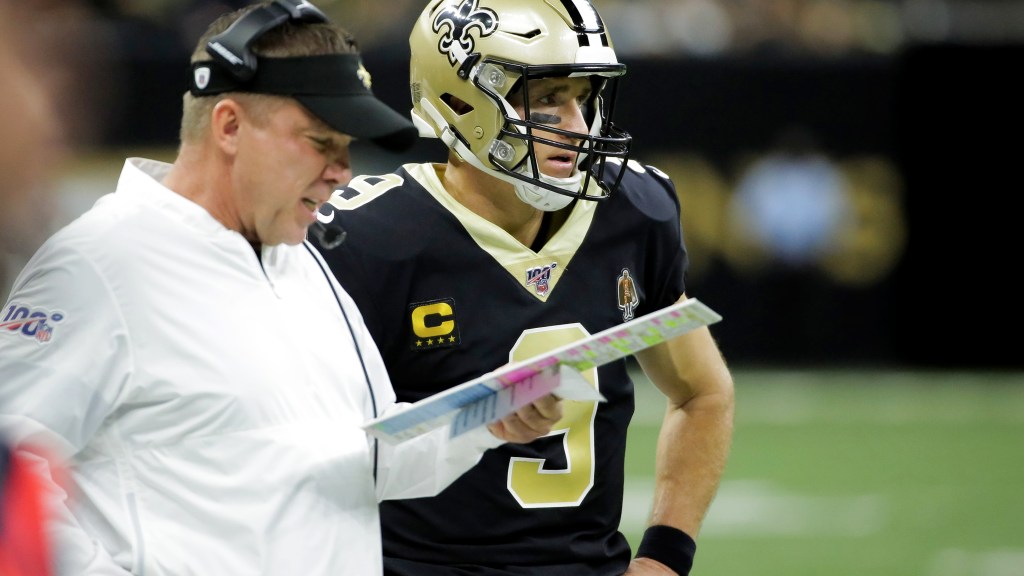 Drew Brees and Sean Payton have been a frequent sight together on the Saints sidelines over the last 15 years, and they’ll continue to work together now that the Hall of Fame-bound quarterback has entered retirement. But now they’re hitting the links instead of the gridiron.

Payton and Brees teamed up to participate in the annual Zurich Classic Pro-Am, a day after Payton and his Pro Bowl kicker Wil Lutz paired together to win the golf tournament’s celebrity shootout. And they brought quite a cheering section: the Athletic’s Jeff Duncan picked out general manager Mickey Loomis, assistant...
Continue reading...

The Saints' Winston-Hill Quarterback Competition is Heating Up 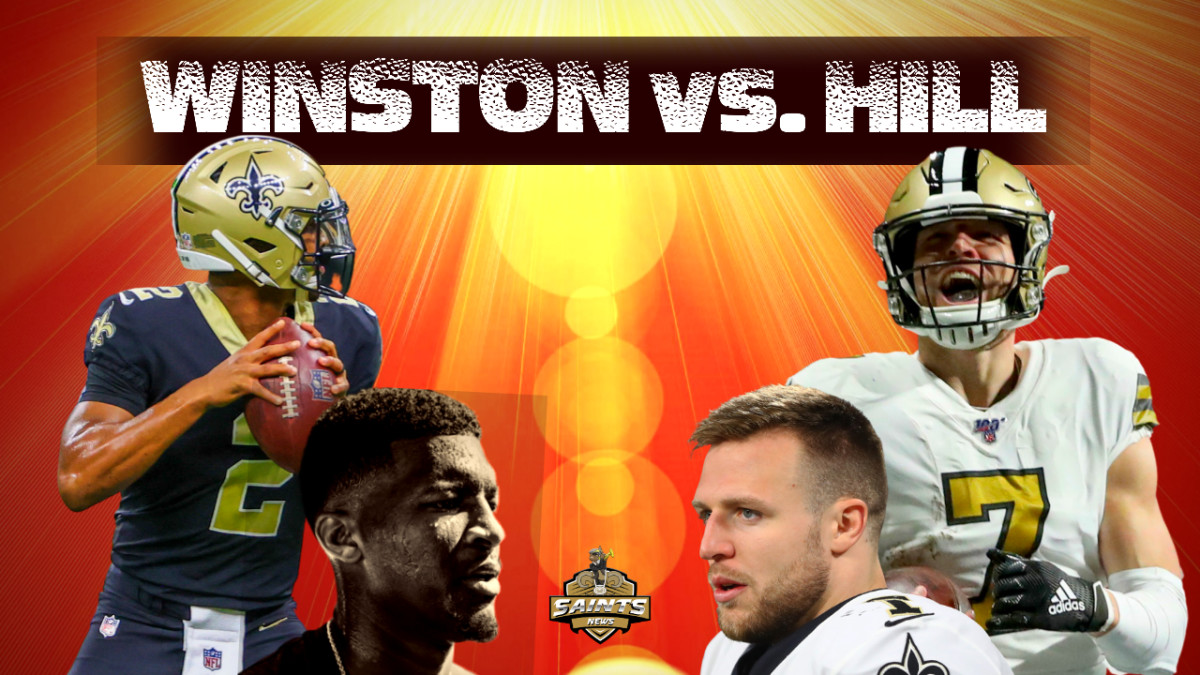 The New Orleans Saints quarterback competition between Jameis Winston and Taysom Hill will be intense at Saints Training Camp.

Coach Sean Payton told longtime New Orleans Saints reporter John DeShazier at the Zurich Classic Celebrity Shootout, "there's an excitement level every time you turn the page and start a new season." In 2021, not only will Payton and his team turn the page, they will be writing a new chapter in the franchise's history. Only this time, the latest volume of work will not include his dependable and legendary quarterback Drew Brees.

The quarterback drama is...
Continue reading...

Sean Payton: Cornerback is a position Saints have to address before the season The Saints headed into this offseason way over the salary cap, meaning they had to get rid of more players than they added. Coach Sean Payton acknowledged that at cornerback, one player who left still needs to be replaced.

Janoris Jenkins, a cornerback who played 77 percent of the Saints’ defensive snaps last season, left for Tennessee, and the Saints still need to replace him.

“Corner is an area we have to address between now and the season and I think we will be able to find that,” Payton said. “But yeah, we lost some good players that we knew we might have to to get our numbers below...
Continue reading... 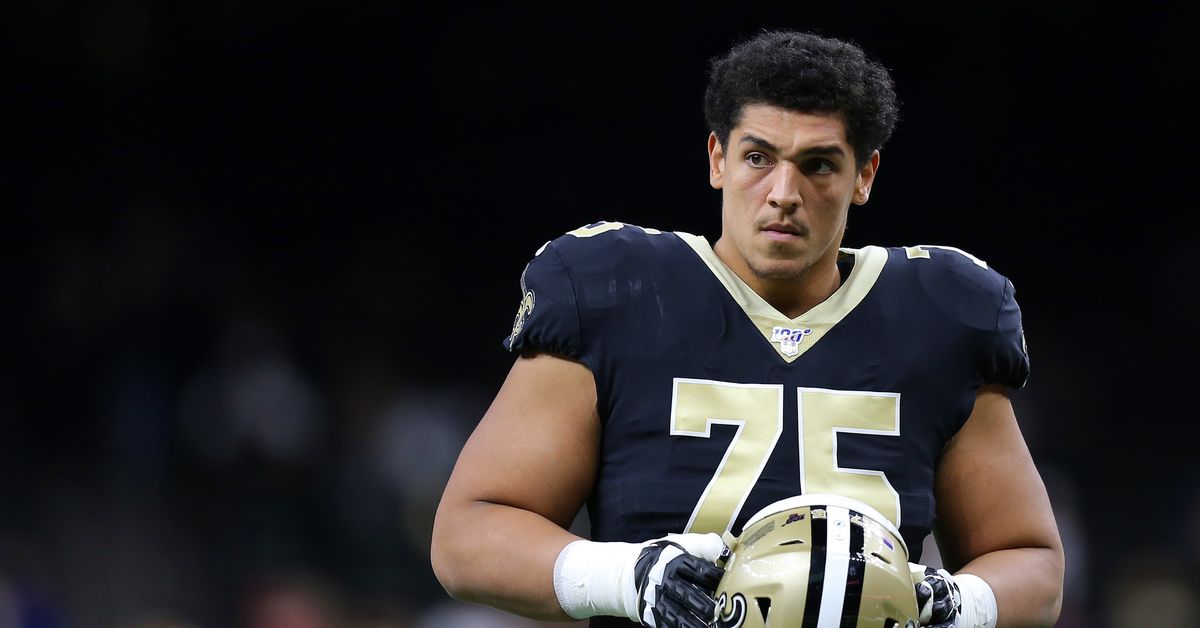 Sean Payton has had a bunch of draft hits of late, with the 2017 NFL Draft landing both the Offensive and Defensive Rookies of the Year in Alvin Kamara and Marshon Lattimore. But for each Kamara and Lattimore, there’s a Stephon Anthony and Stanley Jean-Baptiste.

And while the Saints have had some big names early and early swing-and-misses, what about gems in the later rounds? I decided to make this video of my list of the top 10 draft day steals. Who makes this list? Give it a watch before the 2021 NFL Draft kicks off.

Watch this video to find out, and let us know if you agree with the...
Continue reading...

Saints fans generally pleased with pick of Ruiz, but lack confidence in Baun/Trautman Welcome to SB Nation Reacts, a survey of fans across the NFL. Each week, we send out questions to the most plugged-in New Orleans Saints fans and fans across the country. Sign up here to join Reacts.

With a new wave of players about to join the league in next week’s NFL Draft, the most recent SB Nation Reacts survey took a look back at last year’s picks and how fans feel about the 2020 draft class a year removed.

According to the survey, nearly two-thirds of fans still like using the first-round pick on offensive lineman Cesar Ruiz.

Based in no small part on the results from the first...
Continue reading... 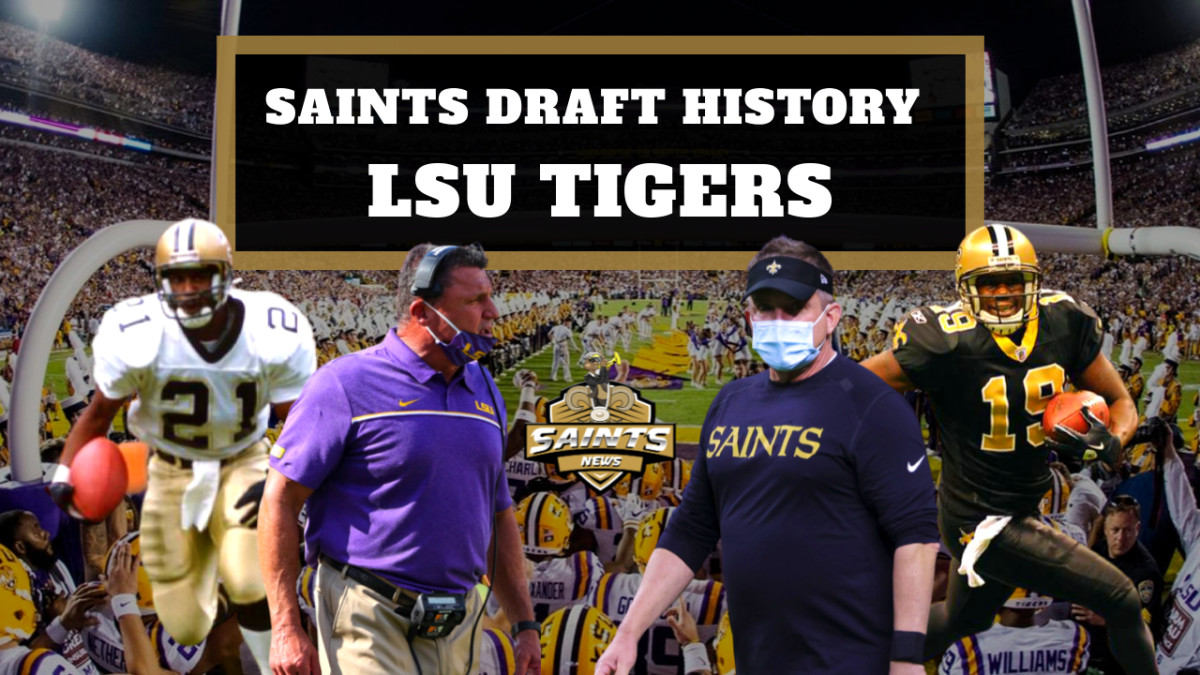 Over the past 20 years, the New Orleans Saints have drafted a player from their own backyard just three times, including just one in the first three rounds (WR Devery Henderson, Round 2, 2004).

The passionate football fans of Louisiana have yet to put a finger on why their beloved boys in the Purple and Gold are rarely drafted by the Black and Gold. Though there is not a clear-cut answer for the lack of LSU Tigers drafted by the New Orleans Saints the draft trends over the past 20+ years are reason enough for fans to make the assumption that the organization may not like drafting from...
Continue reading...

Who is the greatest best player the Saints have drafted in each round? 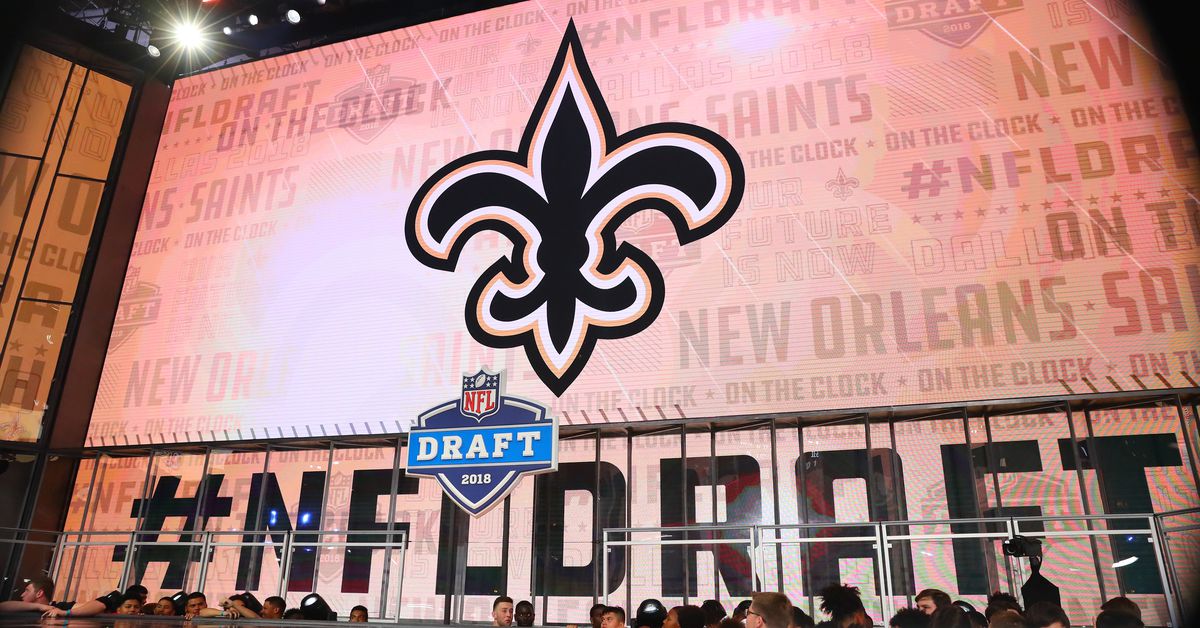 An 11-time Pro Bowler and 9-time All-Pro, Willie Roaf was arguably the best left tackle of the 90’s. Drafted out of Louisiana Tech in the 1993 draft, Roaf’s 9 year career in New Orleans was sandwiched between the two best eras of Saints football. Despite only appearing on one playoff team, that did however get the team’s first playoff win, Roaf is remembered as a top 5 player in team history. Elected to seven different Halls of Fame after his retirement, including the Pro Football Hall of Fame and College Football Hall of Fame, the player known as “Nasty” will always be remembered among...
Continue reading... 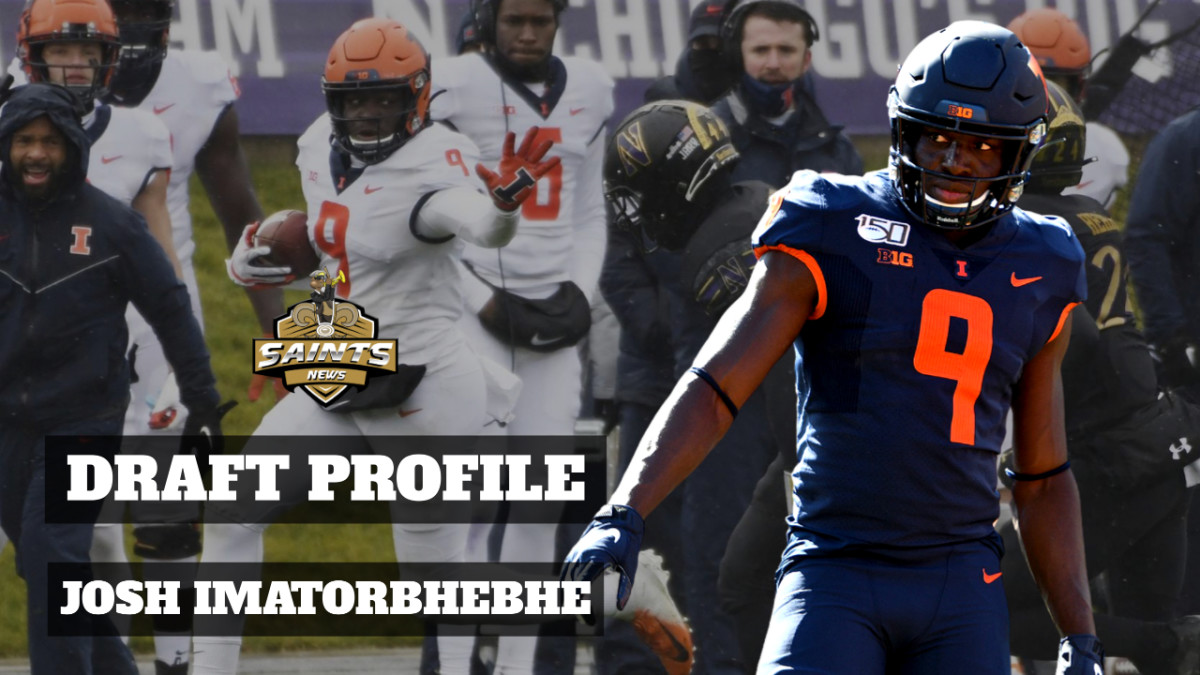 The New Orleans Saints have had terrific success finding receiving talent in the late rounds of the draft or as undrafted free agents. One of the best players in New Orleans franchise history, Marques Colston, was a 7th round choice in the 2006 draft out of Hofstra. Lance Moore, Willie Snead, and Brandon Coleman were players that went undrafted who managed to have success with the team.

Which combo wears the crown in Saints uniform power rankings? 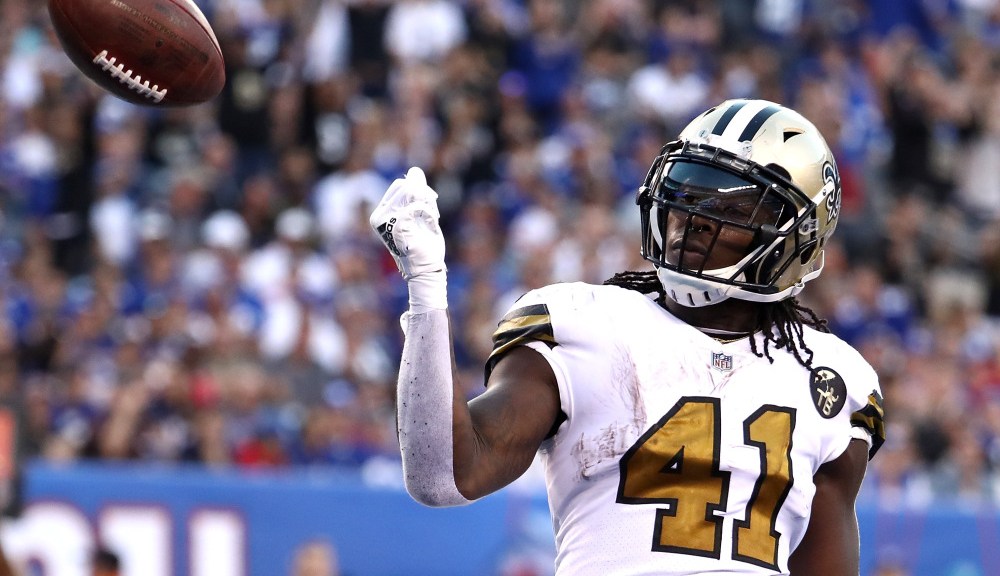 There aren’t many teams that look better on the field than the New Orleans Saints. USA Today’s Nate Davis is a fan, ranking the Saints’ black and gold look fourth-best around the league in his NFL uniform power rankings, just behind the Chargers, Raiders, and Steelers. Davis wrote: “‘Old Gold’ and black look nearly as great as ‘Silver and Black,’ and the fleur-de-lis logo truly integrates this team with its community. Fun fact: The Saints wore gold pants just once in 2020.”

Sean Payton: Approach is still the same without Drew Brees The Saints will head into the 2021 with a new starting quarterback for the first time since the 2006 season and no one knows exactly what the offense is going to look like without Drew Brees at the helm.

It will be some time before we know whether Taysom Hill or Jameis Winston will be anointed as Brees’ successor in New Orleans, but head coach Sean Payton said on Tuesday that he doesn’t expect the team’s process of preparing for the season to be altered by the change at quarterback.

“The approach is still the same though,” Payton said, via Luke Johnson of NOLA.com. “We’ve got a good core...
Continue reading... 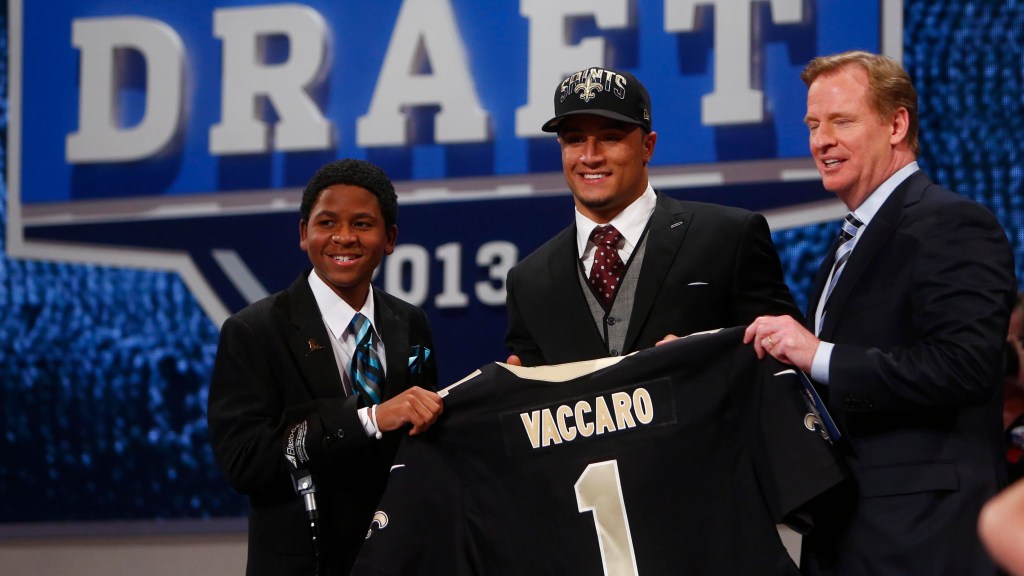 We’re continuing our countdown to the 2021 NFL draft with a recap of the 2013 Saints draft class. Coming off the heels of what had been one of the worst defensive efforts in NFL history, recently-reinstated head coach Sean Payton fired defensive coordinator Steve Spagnuolo and replaced him with Rob Ryan. That marked a shift in the Saints’ defensive philosophy, which put a greater emphasis on the secondary.
Continue reading...

Jameis Winston: I’m outworking everyone at my position Taysom Hill has shifted the focus of his offseason workouts to playing quarterback full-time ahead of his competition with Jameis Winston for the starting job in New Orleans.

During a speech to kids at a football camp held by one of his Florida State teammatess, Winston spent some time making it clear that he’s putting in time to make him the Saints’ choice as well. Winston traced his own career trajectory from first overall pick to taking on a backup role in New Orleans last season.

Winston said “it’s been tough” and that there will continue to be “challenging days,” but that he is...
Continue reading... 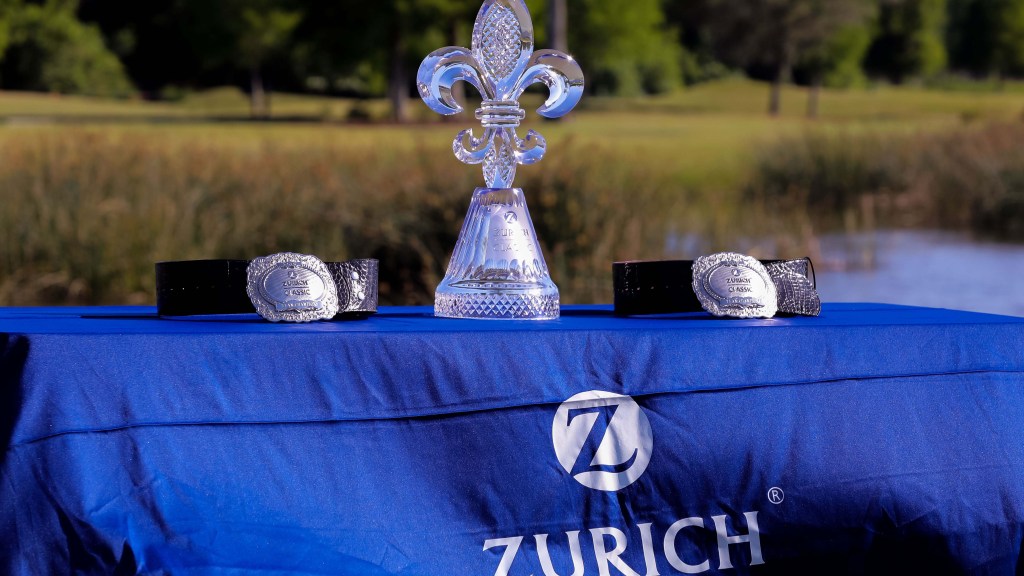 Saints coach Sean Payton is a common sight at the annual Zurich Classic golf tournament, or at least in the celebrity shootout portion of the event, where he’s enjoyed showing off the sneakers Michael Thomas gifted him. And he’s been joined by many of his former players, ranging from Pro Bowl kicker Wil Lutz to Mark Ingram, the franchise’s all-time leader in touchdown runs. This time around, he’s meeting up with quarterback Taysom Hill.

And Hill wasn’t alone. Among the celebrities hitting the greens was the actor Anthony Mackie, a New Orleans local and avid Saints fan who has recently...
Continue reading...

Taysom Hill’s focus, training has shifted to being a full-time quarterback Taysom Hill was listed as a quarterback on the roster for the Saints the past four seasons. But, while playing behind Drew Brees, Hill was as much halfback, fullback, slot receiver, outside receiver, tight end and core special teams player.

Brees retired earlier this offseason, leaving Hill to compete with Jameis Winston for the starting job.

That has changed Hill’s approach and his training this offseason.

“For the last four years, my workout routine has been different,” Hill said Tuesday, via video from Mike Triplett of ESPN. “It’s been structured to be the Swiss Army knife and do all...
Continue reading...
Load more…

Winston linking up with Trautman for a work out in San Diego. (21 Viewers)
2 3